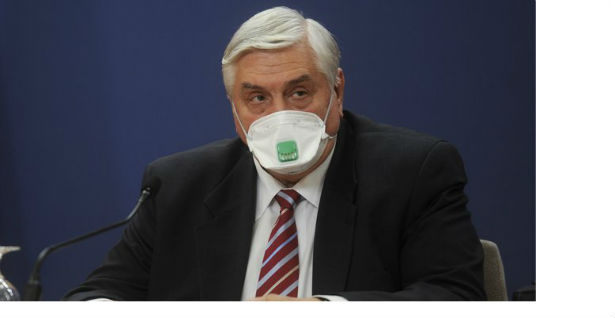 Press On-line :: Society :: UNVACCINATED GIRL (25) DIED OF THE CROWN! One other tragedy in Serbia, Dr. Tiodorović: She didn’t have any accompanying illnesses!

UNVACCINATED GIRL (25) DIED OF THE CROWN! Another tragedy in Serbia, Dr. Tiodorović: She did not have any accompanying diseases!

The medical part of the Crisis Staff is absolutely in favor of introducing covid passes, which will be valid for 24 hours, epidemiologist Branislav Tiodorović repeated, but he also expressed doubt that a general consensus could be reached on that measure. However, one hotel on Stara Planina has already decided to introduce twenty-four-hour kovid passes from January 1.

Tiodorović emphasized that the medical part of the Crisis Staff, as an advisory body of the Government, proposed the introduction of covid passes, which will be valid for 24 hours.

The epidemiological situation has not stabilized

He also praised the above-mentioned hotel on Stara Planina.

– If we had more such examples, it would be easier to welcome the upcoming New Year’s and Christmas holidays and winter holidays. If we all adhere to all measures, if we strictly respect and control them, we will all together contribute to the functioning of that system. If we all bear individual responsibility, if parents do not send their children with a temperature to school, it will certainly be easier for us – Tiodorović emphasized.

Tiodorovic emphasized that the epidemiological situation in Serbia has not stabilized.

– Many people are dying in kovid hospitals. We have not stabilized the situation, we can say that when we have 500 infected. There are many 50-60 dead. If we manage to control that, we will give air to our fellow clinicians who fall on their noses from work – Tiodorović pointed out.

An unvaccinated girl, only 25 years old, died of kovid

As he said, the vaccine does not protect anyone 100 percent.

– He who has good, preserved immunity will not get seriously ill. But we still have to wear masks and keep our distance. There are also vaccinated people who have died, old people, with severe comorbidities, cancer patients, that organism cannot raise such immunity as young people – Tiodorović emphasized.

Photo: Tanjug / Government of the Republic of Serbia / Slobodan Miljević

– That leads us to the fact that we cannot put things that are applicable into the normal course of life. There is no big difference in Europe, right-wing forces are appearing there. It is not unexpected that there may be protests in our country as well. Although I reckon that everything we did was gradually introduced. It may have been delayed, but it did not cause much outrage among the population. We need to be more efficient in implementing and controlling measures. Strict control then we will bring it to normal. I believe that we cannot get into a situation like in the Netherlands, Austria … – said Tiodorović.

More than 50 percent of young people were vaccinated in Nis

As he said, kovid passes have already yielded results.

As he said, the Crisis Staff has yet to make a decision on the celebration of the New Year, even in the open, and he added that more than 80 percent have been vaccinated, then we could all go to the squares and celebrate.

By the way, the hotel on Stara Planina made the decision to introduce a covid pass from January 1, so that all guests will be recognized for any negative crown test, with those who have not been tested being able to be tested for antigen in the hotel. That testing will be performed by the staff of the Health Center in Knjaževac, and whoever tests positive will get all the money back from the arrangement.

We must always drink these drinks earlier than going to mattress, particularly if we undergo from insomnia