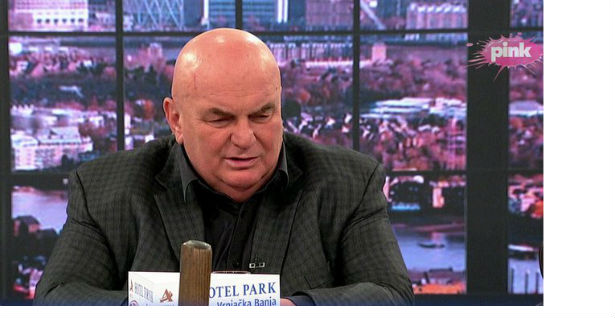 The true reality is that there isn’t any quarrel between the SPS and United Serbia, I’ll recommend to Dacic that we signal an settlement on cooperation in order that it will be clear to everybody

PALMA: The real truth is that there is no quarrel between the SPS and United Serbia, I will suggest to Dacic that we sign an agreement on cooperation so that it would be clear to everyone

– After the inscription in some media that there are some in the SPS who are allegedly dissatisfied, which, as it was written, “United Serbia has an allegedly large percentage within the SPS-United Serbia coalition” – Ivica Dacic called me and told me that was not true and that he did not know that anyone from the SPS said that, neither at the Main Board, nor at the SPS Presidency

– Ivica Dačić and I have a very good cooperation and the cooperation between the two parties, the SPS and United Serbia, is very good. This coalition has been going on since 2008, and maybe someone from the outside is bothered by our unity and brotherhood, between me and Ivica Dačić, and maybe someone thinks so, but no one said that. Zarko Obradovic also called me and told me that was not true. I will suggest to Ivica Dacic that the SPS and United Serbia sign an agreement on cooperation, so that it would be clear to everyone what the relationship between these two parties is. The media can write whatever they want, that is their autonomous right, but the real truth is that there is no quarrel between the Socialist Party of Serbia and United Serbia – the president of United Serbia Dragan Markovic Palma said for TV Pink today.

– Ivica Dačić and I talked last week about joint support for the candidate for the presidency of Serbia, the current president of Serbia and the president of the SNS, Aleksandar Vučić, and there are no obstacles. We still do not know whether the SPS and United Serbia will be on the joint list for the parliamentary elections with the Serbian Progressive Party or we will go separately, but I must say that everything that has been done in Serbia in recent years has the greatest merit, Aleksnadar Vucic, but we we have the merits of both the SPS and United Serbia, we voted for all the proposals that have brought benefits to the citizens of Serbia. I have visited 6-7 countries lately and I have been a true representative of Serbia everywhere. Ivica Dacic and I have results. When Dacic was the Minister of Foreign Affairs, 18 countries withdrew the recognition of the so-called independent Kosovo. We have done a lot for Serbia both at the local and state level. I think that no one from the SPS said that about the alleged dissatisfaction in the SPS, although the SPS is a big party and maybe someone has such an opinion, as in United Serbia, some are of the opinion that they can go to the local elections on their own. Ivica Dačić and I agreed that if they think at the local level that they can achieve the result on their own, let them come out on their own. Thus, United Serbia came out independently in 18 cities and municipalities and in 14 we independently passed the census. For example, in Leskovac, where there are 120,000 inhabitants, United Serbia independently received 9 percent of the votes of support, in Vranje, where it has 85,000 inhabitants, United Serbia independently received over 9 percent of the citizens’ support in the local elections. Those pollsters who give United Serbia 1 percent will see that they missed. It is not a betting shop for clubs, there is a result here that is visible and clear – said Markovic.

Household crimes more and more frequent in Serbia (4): Bloodbath after a crate of beer