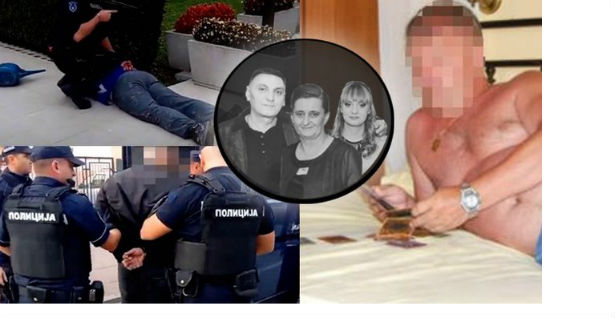 JOJKA BROTHER’S MOTHER DESPAIREDLY FELL AT DZONIC: My heart will break, they are in prison only because of the statement of one villain

The detention of the Milosevic brothers, suspected of participating in the aggravated murder of Goran Djokic, his wife Gordana and twenty-five-year-old daughter Lidija, has been extended for up to 30 days.

Photo: Printscreen YouTube / Ministry of the Interior of the Republic of Serbia

After the decision, their mother Miljana said that her sons came from a good family, and that one of their grandmothers was a juror in court.

– They grew up with the love we gave them and they became like that themselves. My sons were brought up to help people, which can be confirmed by the locals of the village of Moravac. A great disgrace fell on our family. Neither the guilty nor the guilty found themselves there. Just because of the statement of a villain to whom nothing is sacred. If he could have killed his brother, daughter-in-law and niece, why couldn’t he blame my sons and try to put the blame on them? Nothing is sacred to that man. He committed three crimes, the first against the Đokić family, the second against my family and the third against his family. Who can trust that monster?

– I raised my children and I know what my children can do. My soul aches for them. My heart will break. As the day passes in anticipation, so comes a new morning in which I look at the phone to see if my sons have called me and told me they are free. I only hope that I will wake up from this nightmare as soon as possible and embrace my two souls – cried Miljana.

THE END IS COMING FOR ZARKO’S TORTURE! He welcomes winter in a dry and heat house, his comrades-in-arms and KUPATILO PRAVE / PHOTO /