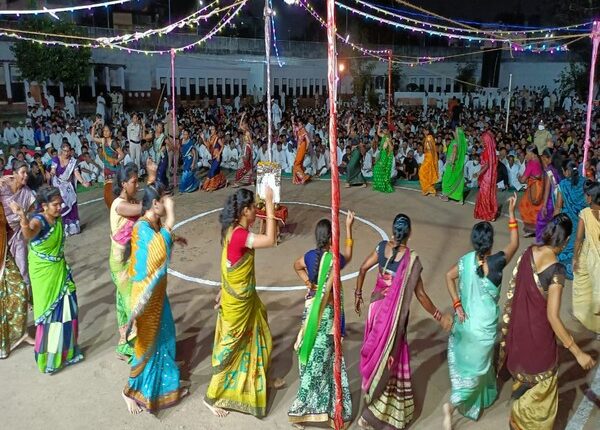 The Central Prison of Indore organized “Garba” and “Dandiya” for prisoners on the occasion of the Navratri for the first time on Monday in order to improve the moral conduct of the prisoners.

The prison director and the staff also attended the event.

Prison guard Alka Sonkar sang devotional songs for the inmates, for whom an orchestra and band party were also called. The female prisoners played garba while the male prisoners performed dandiya. Interestingly, the prisoners also had to practice for Garba and Dandiya a few days ago.

“A prison is a prison, it is a Reformation institution. The intention of the government and the prison administration is to improve the moral conduct of prisoners so that they can get out of prison and rejoin mainstream society,” said Sonkar towards ANI.

Quoting Mahatma Gandhi, the superintendent said that the crime should be hated, not the criminal.

“Mahatma Gandhi said hate crime, not the criminals. The prison staff also worked with the prisoners on this event. As the superintendent, I am the prisoners’ guardian and I try to shape their personalities in order to improve them,” she said.

(With inputs from ANI)

Disclaimer: This post was automatically published via an agency feed without any changes to the text and has not been reviewed by an editor

CONCERNED FAMILY SEARCHING FOR STASH! She went to go to her sick mom, however she didn’t arrive at her place, and she or he didn’t return dwelling.