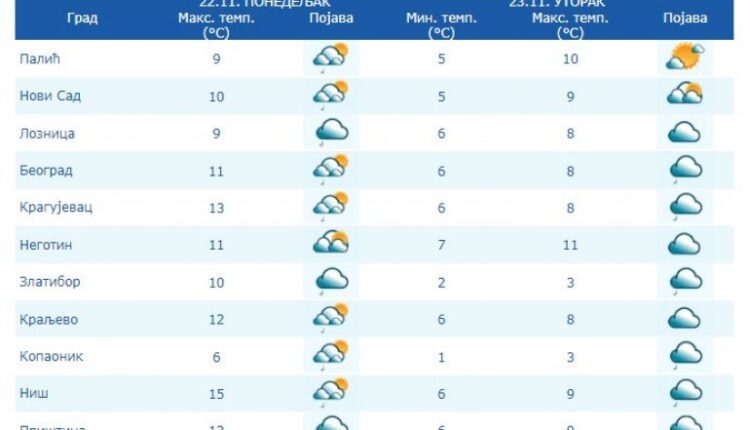 Wind weak and moderate, south and southeast, north in the afternoon and night. The lowest temperature is from -2 to 6, the highest from 9 to 15 degrees, the Republic Hydrometeorological Institute announced.

On Tuesday, cloudy and colder, light rain in places, mostly in the morning, light snow in the higher mountain areas. In the far north in the afternoon partly clearing.

COLD FRONT FROM THE NORTHWEST IS CLOSER TO SERBIA! Here is what that time brings us, and what awaits us in the coming days!

On Wednesday, mostly cloudy, cold and mostly dry. On Thursday, partly sunny and a little warmer, windy in the Košava area. 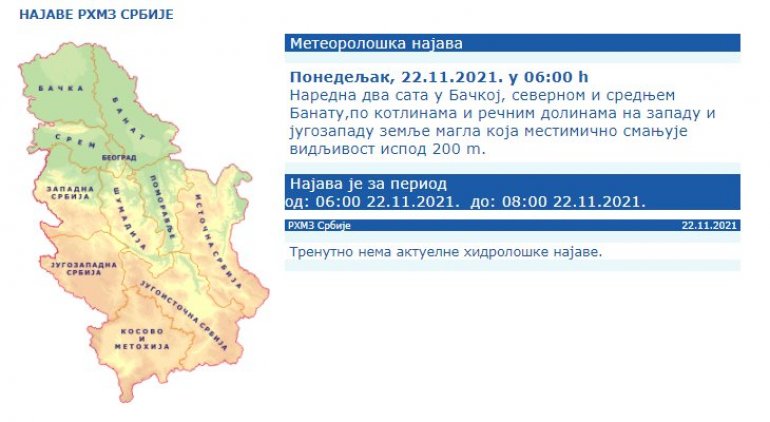