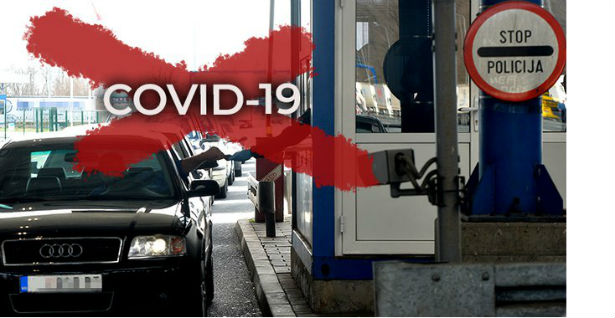 HOW WILL THEY TRAVEL THIS WINTER? The dilemma is solved! It’s recognized whether or not the vaccine is obligatory for getting into the EU!

HOW WILL THEY TRAVEL THIS WINTER? The dilemma is solved! It is known whether the vaccine is mandatory for entering the EU!

A spokeswoman for the European Commission explained whether the vaccines against the corona virus will be mandatory for all those who go on New Year’s holidays and winters all over Europe. And here is how movement will be “allowed” in practice.

“The EU Regulation on digital covid certificates came into force on 1 July this year. The EU digital covid certificate is proof that a person has either been vaccinated against covid 19, or received negative test results or recovered from a disease,” pointed out Jordis Ferroli, the spokesperson of the European Commission in charge of health issues, explaining that from a legal point of view, therefore, everything is clear – the vaccine is not mandatory.

However, things can get complicated in practice, because the European Commission only gives recommendations to member states on how to behave during a pandemic, but states are not obliged to accept that and each acts according to its own internal rules. For example, what applies to Hungary or Greece does not apply to Germany or Belgium. That is why it is necessary to inquire in detail at the embassy of each country before leaving for the trip, in order to avoid unpleasant surprises.

The European Commission has established a green list which includes all those countries in which there are less than 75 infected per one hundred thousand inhabitants. It is recommended that their citizens freely enter the EU member states, and from the others only out of necessity. And New Year’s Eve or skiing are not essential.

In the first case, the countries to which the residents of the countries from the “green list” travel usually ask for tests or confirmation of vaccination just in case, while in the second case the EC recommends that all vaccinated persons be allowed to enter, with vaccines recognized by the European Agency. for drugs, regardless of whether their trip is necessary or not. The vaccine is already a serious advantage here. This is especially evident now that Serbia is not on the “green list” by the EC recommendation. In some countries, the vaccine is, so far, the only pass, especially for those who travel by plane. The favorable circumstance is that the third dose is taken into account, so if it is, say, a “phaser”, and the first two are Chinese, the passage is free.

Based on the EC recommendation, member states allow entry to those who meet one of the three conditions – a vaccine, a test or a certificate of a past illness, but in practice the situation is somewhat different. Staying on the territory of the EU can be greatly complicated for those who enter without the vaccine, because in many of them sanitary passes are valid.

For example, in France, these passes are necessary for going to a restaurant, cinema, museum, to a game, for traveling by train, plane, boat … Whoever arrives only with a negative test, without a vaccine, means that he would have to take a PCR test. every 72 hours or antigenically every 48 hours to function normally. Recently, for the unvaccinated, the first costs 44 euros, and the second 22. This represents a significant additional cost. And without a test, vaccine or confirmation of a past illness, there is no coffee at the bar on the Champs Elysees or anywhere else in the City of Light, Provence, the Cote d’Azur, the ski resort in the Alps and other places.

For example, whoever comes unvaccinated for two weeks would have to do at least four PCR tests or six antigen tests. In both cases, it amounts to 132 euros. For a month’s stay, you should count on twice the additional expense. Vaccinated during that time are free.

As far as vaccines are concerned, in France, it is possible to obtain a domestic “cu-ar” code via the Internet, for all foreigners who have been vaccinated according to the regulations, so that they can function normally on French territory. And in that way, the arrival of vaccinated persons is encouraged.

Serbia has crossed three million adult citizens who have received the vaccine. The increase in the number of vaccinated occurred after the introduction of restrictive measures and covid passes.