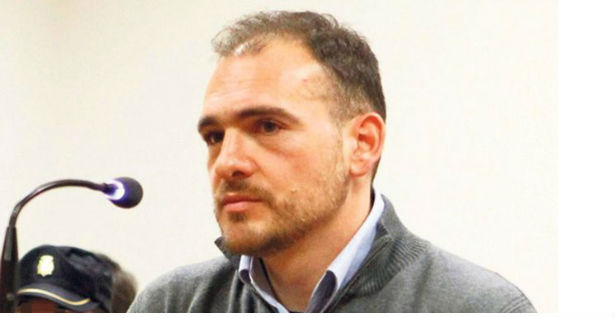 FOR YEARS, 12 PEOPLE HAVE BEEN KILLED IN THE WAR, BECAUSE OF THEIR CONFLICT! Luka Bojović and Joca Amsterdam are getting out of jail!

FOR YEARS, 12 PEOPLE HAVE BEEN KILLED IN THE WAR, BECAUSE OF THEIR CONFLICT! Luka Bojović and Joca Amsterdam are getting out of prison!

Luka Bojović, who is serving his sentence in a Spanish prison, and Sreten Jocić, known as Joca Amsterdam, who is “lying” in “Zabela”, will soon be released, Belgrade media report. Given that these are two high-ranking members of the “underground”, the question arises – what does their freedom mean for the “clan war”.

It is generally known that Luka Bojović and Joca Amsterdam have been at war for a long time, and the consequence of their personal conflict is 12 victims, including three of Joca’s godparents.

There are several versions of why the conflict between Bojović and Jocić took place. Allegedly, the one according to which the Legion was in the middle of that war is correct. According to insiders, these are criminal cases in Bulgaria, as well as arranging the arrest of Joca Amsterdam in Sofia. Also, it is said that in the war between Bojović and Jocić, on the order of Ulemek, three Amsterdam godparents were killed: Srdjan Miranović in Podgorica, Zoran Golub in East Sarajevo and Uglješa Aranitović, called Ugo, in Belgrade. In April 2008, Goran Maric, Jocic’s friend, and Ilija Novovic, Bojovic’s godfather, were also killed. Their bodies were found in a burning jeep.

Let us remind you, Luka kept under his control the fugitive members of the “Zemun” clan, Miloš Simović and Sretko Kalinić, who clashed in Zagreb more than ten years ago, after which they were both arrested. It was in this relationship that the “handle” that connects Luka and Darko Šarić was. By the way, Cvetko Simić, who worked with Simović and Kalinić, also worked for Jocić and was connected with Šarić’s associates. Police information therefore indicates that the Saric clan actually kept all other clans under its paw, both Bojovic’s and Jocic’s, but also the “America” ​​group, with whose bosses in South America he contracted the purchase and smuggling of cocaine.

Judging by the history of the release of Bojović and Jocić from prison, it could be a continuation of their war.

If you look at the other side, the release of Luka Bojović certainly means “strengthening”, except for the Serbian underground and the strengthening of the “scalping” clan. It should be reminded that the Montenegrin clan, after a conflict broke out in 2014 about 200 kilograms of cocaine, disintegrated the Montenegrin team, divided into two factions – “Kavačka” and “Škaljarska”, and the latter regrouped and merged with one of the strongest groups in Serbia. headed by Luka Bojović. By tying with Bojović, the “scalpers”, led by Jovan Vukotić, who is on the run, then re-established and strengthened their power and influence in the underground of Serbia and Montenegro.

The release of Luka Bojović from prison could mean the continuation of the war with the “Kavač” clan.

On the other hand, Sreten Jocic, aka Joca Amsterdam, was convicted because he ordered and paid for the murder of Goran Marjanovic – Goksije Bombas, to two police officers who have already served their sentences. Marjanovic and his girlfriend Marija Djordjevic were killed on July 18, 1995, in the cafe of the “Olimp” sports center in Belgrade. Jocic was also in custody from April 27, 2009 to December 28, 2012, as a defendant in the murder of the owner of the Croatian weekly “Nacional” Ivo Pukanic and his associate Niko Franic.

“All legal conditions have been created for him to be released soon, due to good governance and all other reasons prescribed by the law on the execution of criminal sanctions, given that he has acquired the conditions for so-called extended rights, according to positive regulations and the procedure prescribed by law. It should be borne in mind that in European Union law, any deprivation of liberty is included in the sentence, which means that he is included in unfounded detention in the Pukanic case, in which he spent almost 4 years. It should be borne in mind that the sentence now being served is upheld in the Strasbourg court, because the verdict is affected by significant procedural irregularities, so that all this is taken into account, Sreten Jocic is expected to be released. “, – said Dragoš Cukavac, Sreten Jocić’s lawyer.

Kurti additionally introduced: Tables are usually not our want, that was imposed by Serbia