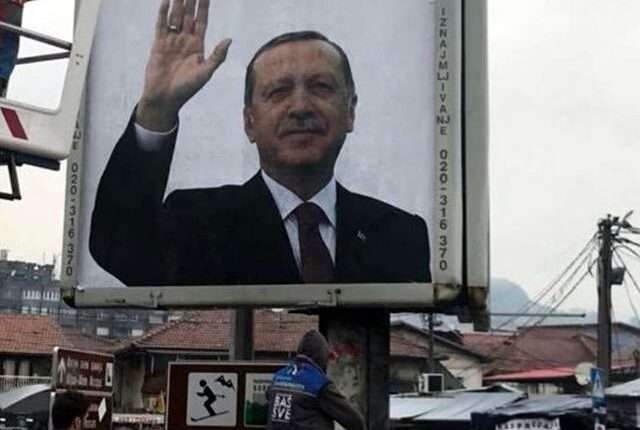 Turkish President Recep Tayyip Erdogan will begin a three-day visit to Serbia on Monday when, among other issues, the focus will be on economic relations between the two countries.

“Turkey is aware that Serbia is an important factor of stability in the Western Balkans. In addition, Serbia is a bigger economic market for Turkey than any other western Balkan country, ”Ivan Ejub Kostic, director of the Balkan Center for the Middle East in Belgrade, told BIRN.

Around 200 Turkish business people, ministers and lawmakers will accompany Erdogan on his visit to Serbia.

At a press conference on September 26, Vucic said Turkey and Serbia would make a fresh start with Erdogan’s visit.

“Our trading volume in 2016 was 800 million [US] dollar [682 million euros] but we want to increase that to a billion dollars [852 million euros]and the Serbian government welcomes and encourages Turkish investors to invest in Serbia, ”added Vucic.

Turkey and Serbia have grown closer together in recent years, focusing more on trade and economic cooperation than on old disputes between the two nations.

Serbia was ruled for almost 500 years by the Ottoman Empire, whose legacy Turkey inherited.

Kostic explained that while Turkey’s policy towards Serbia is largely economic, it also has religious and cultural aspects.

“The volume of trade between the two countries, Turkish investments in Serbia and the Turkish Stream gas pipeline project are the main economic topics of the visit,” said Kostic.

“However, President Erdogan will also speak about gulen schools in Serbia [mainly Bosniak] Sandzak region and other developments in the region, ”added Kostic.

Ankara claims that the failed coup attempt in Turkey in July 2016 was instigated by US-based Muslim clergyman Fethullah Gulen, and his organization routinely names that
“Fethullahist Terrorist Organization”, or FETO for short.

As a result, Turkey has put strong pressure on the Balkan countries to shut down cultural or educational organizations associated with Gulen.

However, Gulen schools continue to operate in Belgrade and some other cities in the Sandzak region.

Kostic said Turkey has also shown great interest in the mainly Muslim Sandzak region and the ethnic Albanian Presevo Valley in the far south of Serbia.

Erdogan will visit Novi Pazar, the capital of Sandzak, on Wednesday after the Turkey-Serbia Economic Forum.

Bosniaks have already given him a warm welcome and hung up Erdogan posters and Turkish flags all over the city.

After the attempted coup in Turkey, Erdogan fans gathered en masse in Novi Pazar in August 2016 to show support and watch a live broadcast of the president’s rally in Istanbul.

During Erdogan’s visit to Belgrade and Novi Pazar, the Turkish delegation is expected to sign several trade agreements with their Serbian counterparts and meet local leaders.

According to experts, infrastructure projects in which Turkish investors have shown interest include the airport in the city of Kraljevo and the highways of
Belgrade to Sarajevo in Bosnia and from Novi Pazar to Sjenica and Tutin in the Sandzak region.

“Russia could also be expelled from the Council of Europe”