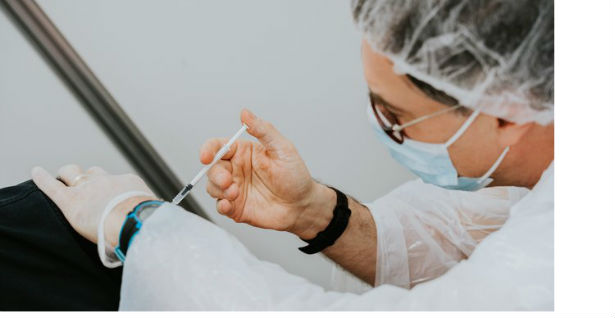 CERTIFICATE ENCOURAGES YOUNG PEOPLE TO GET VACCINATED! Here are the most vaccinated people in Serbia, and the least

So far, 7,290,000 doses of coronavirus vaccines have been given in Serbia, and 53.5 percent of citizens have received two doses. There are also municipalities in which more than 60 percent are vaccinated, but also those in which less than 30 percent of citizens have received the vaccine. The director of the IT Office, Mihailo Jovanović, states which municipalities they are.

Serbia is the so-called kovid passes, as another measure to control and suppress coronavirus, introduced exactly two weeks ago. From tomorrow, the time when we will need them will move from 10 pm to 8 pm.

Since the digital green certificate became available as a service on e-government in May, 1.8 million such certificates have been issued, says the director of the IT Office, Mihailo Jovanović.

– All registered users receive a certificate in a few seconds via email or at the counter of one of the 200 post offices throughout Serbia – said Jovanović and pointed out that in the last two weeks alone, more than 300,000 such passes have been issued.

– Another important fact, in the last two weeks when we look at the age group from 18 to 45, 60 percent of those who received the first dose, so the certificate encouraged the younger ones to get vaccinated – said Jovanović.

Who can get a certificate

The certificate contains information about vaccination. If someone has received two doses of the vaccine, they will have a green certificate for seven months from receiving the second dose, and after that, in order for the certificate to remain green, they must also receive a booster dose.

– For now, only data from state laboratories are valid, but we are also working on the integration of private institutions into the system – says Jovanović for RTS.

In some self-governments, more than 60 percent are immunized

At the bottom of the ladder, with less than 30 percent of those vaccinated, are Mionica, Lajkovac and Tutin.

The director of the IT Office states that the good news is that the number of vaccinated people in the population aged 18 to 30 is growing – 26 percent, but that number is still insufficient.

Is our certificate valid abroad?

Asked whether our green certificate is in line with European regulations, Jovanovic said that it was recognized in many countries on the basis of bilateral agreements.

– Bilateral agreements with many countries recognize our digital certificate and our citizens can travel to those countries, but that does not always apply to moving within countries, going to restaurants and galleries. We have now finished testing the European version of the digital green certificate, I expect that the European Commission will approve our European version no later than November 15, so our citizens will be able to go freely indoors – said Jovanovic.

Obtaining such an EU compatible green certificate will be available as a new electronic service.

SNOW POSSIBLE IN BELGRADE SOON! Meteorologists are asserting when all the things might be whitewashed!