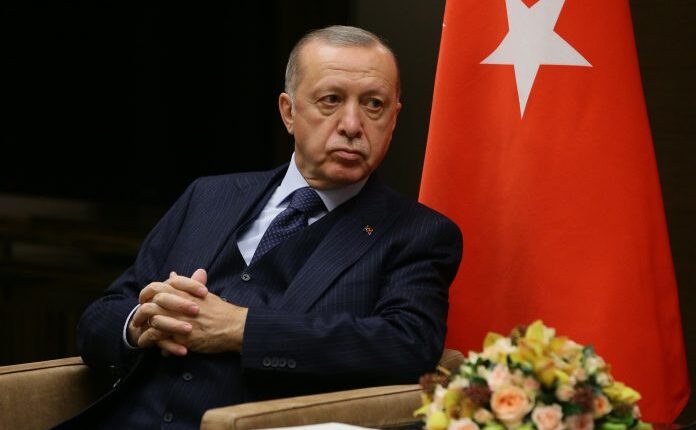 He pointed out that during his August visit to Sarajevo, the Serbian member of the Presidency of BiH and the president of the SNSD, Milorad Dodik, offered mediation in the talks of several actors.

“We do not want Bosnia and Herzegovina to turn into an area of ​​influence, of reckoning. We have seriously stepped up our diplomatic efforts following tensions that threaten integrity. As a state that talks with all parties in Bosnia and Herzegovina, we have taken the initiative to solve the problem, “Erdogan said in a conversation with representatives of the BiH diaspora in Turkey, the Turkish portal Hurriyet reported, and Sarajevo’s Kliks reports.

To the representatives of the organizations around which the citizens of Bosnia and Herzegovina are gathered, Erdogan pointed out that Turkey is ready to mediate in these talks.

According to him, he will mediate if the remaining two members of the Presidency, Sefik Dzaferovic and Zeljko Komsic, are ready for that.

As the Serbian member of the Presidency of BiH, Milorad Dodik, announced earlier today, he will meet with President Erdogan in Turkey tomorrow.
At a press conference after talks with US envoy Gabriel Escobar, Dodik reminded of the initiative for a joint conversation between representatives of the three nations in BiH and the heads of state of Turkey, Serbia and Croatia, but added that Bosniak leader Bakir Izetbegovic did not agree.

Erdogan reminded that he recently talked with Izetbegović in Istanbul on the topic of solving the problem in BiH, and he expects that he will talk to Dodik, Komšić and Džaferović in the coming days.

Erdogan said that the Turks believe that they are obliged to be with Bosnia and Herzegovina, regardless of the circumstances.

He said that during the last war, Turkey mobilized all its resources in Bosnia and Herzegovina, announced stronger support and pointed out that his state sees BiH as a state without discrimination.

– From now on, we will continue to stand by the Bosnian brothers more strongly and differently. We have made and are making every effort to make post-war peace lasting. Bosnia and Herzegovina is a multicultural country and we support the absence of any discrimination while preserving ethnic identity. Turkey has been the biggest obstacle to past events since the Dayton Peace Accords. Both Bosniaks, Serbs and Croats benefited from the investments of Turkish companies – Erdogan said.

He reiterated that Turkey will do everything to make this part of the world peaceful and stable.

He believes that these efforts, as he stated, disturb those who “feed on turmoil and chaos”.

– In our opinion, this is not just an infrastructure project. This is a peace project in all aspects – said, among other things, Erdogan.