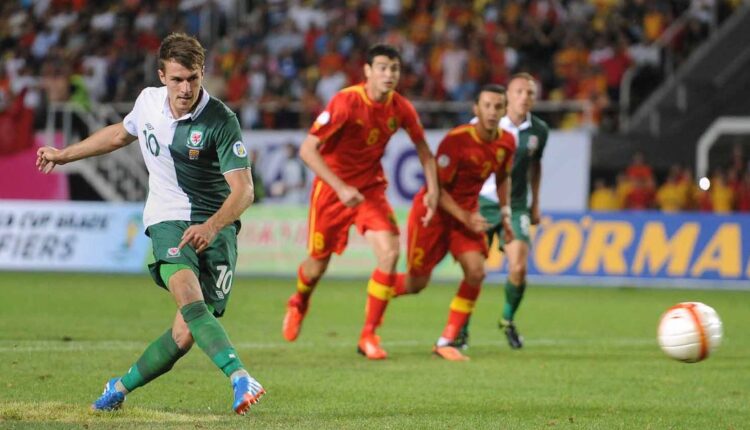 In the form of Aaron Ramsey, could retake the Wales captain who he lost almost 12 months ago.

Ramsey was named skipper in Wales by former manager Gary Speed ​​but lost the armband after opening the World Cup defeats to Belgium and Serbia last September.

A few weeks later, current Wales boss Chris Coleman removed Ramsey from the post and appointed Ashley Williams of Swansea City to be his captain.

But Williams’ yellow card in Macedonia rules him out of Serbia’s Cardiff visit on Tuesday night and Ramsey has turned out to be a real contender to lead Wales out with Craig Bellamy, who is about to retire from his international career.

“I haven’t spoken to him (the new captain) yet, but I’ll probably see two or three players with experience,” said Coleman.

“I have to do it right, also for the future.

“It’s unfortunate to lose Ash because he was fantastic for us.

“He’s a big loss, but whoever gets the armband has to set a good example.”

The 22-year-old won and converted the first-half penalty that gave Wales hope for an ultimately disappointing night in Skopje.

“I can’t deny that he’s not someone I thought of (for the captain) because his form is great,” said Coleman.

“I gave it to Ash last year because I thought he was on top of Aaron, who had never gotten back into shape.

“I felt like he was under a lot of pressure and that’s why I gave it to Ashley, who is a born leader anyway.

“He was a good choice, but I always believed that one day Aaron would be captain again.

“He just had to focus on his own game and was absolutely fantastic with Arsenal.”

“Then he’ll come with us and lead the game. He looks mentally and physically different than last year.”

Invitation to bus carriers to use for subsidies