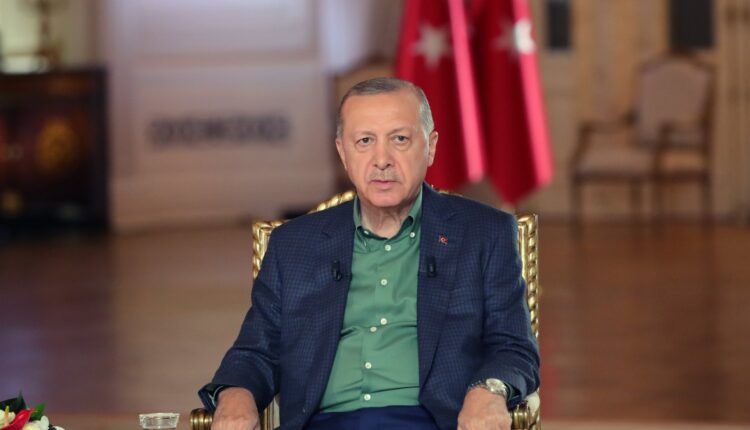 About 187 fires have broken out in Turkey in the past eight days, President Recep Tayyip Erdoğan said late Wednesday during a television interview, adding that 15 of them are currently ongoing.

The president also shared information about Turkey’s efforts to put out the fires.

“51 helicopters and 20 planes are in action to put out forest fires,” he said.

Turkey has managed to control most of the fires in over 30 provinces, but new flare-ups are adding to the country’s problems. Manavgat, where the first major fire broke out a week ago, is still fighting the flames as new fires have broken out in the western regions of Isparta, Denizli, Balıkesir and Manisa in the past two days.

Official figures from Tuesday show that two fires are ongoing in Antalya’s Manavgat and Gündoğmuş districts. Muğla has the most fires with five out of 13 flames that still threaten popular resort towns and rural areas in Marmaris, Köyceğiz, Menteşe and Milas districts.

The General Directorate of Forestry said Wednesday that 174 fires had broken out in 39 provinces over the past eight days, and 160 of them were under control. Management said 16 depth bombers, nine drones, 45 helicopters and around 5,250 firefighters had been mobilized to put out the fires.

In Milas, a massive flame circled a thermal power plant just a kilometer from the facility. Authorities announced that trenches were being excavated around the plant to prevent flames from reaching it. Local authorities announced on Wednesday that the fire was under control.

“The flames reached the wall of the power station last night. The fire has now been extinguished,” Milas mayor Muhammet Tokat told Reuters. Two planes and four helicopters helped the fire brigade on the ground to extinguish the flames, and the power plant was put back into operation. Tokat said he requested air support around the power plant days ago when he was visiting a nearby neighborhood that was damaged by the fire. Tanks with flammable materials in the plant were emptied as a precaution, reported the news agency Demirören (DHA).