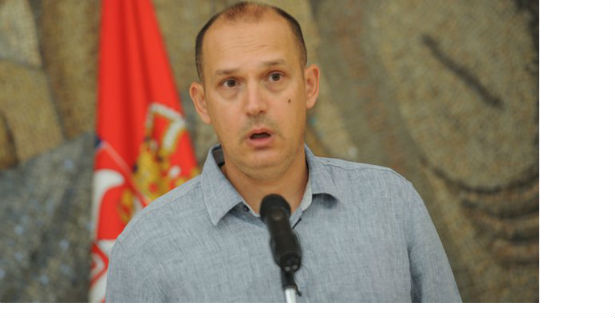 We’ll take measures within the curiosity of everybody! Vaccination should go on for five, 6 months

CRISIS HEADQUARTERS SITTING NEXT WEEK! Loncar: We will take measures in the interest of everyone! Vaccination will have to go on for 5, 6 months

“We have serious losses when we have a large number of patients. Do you know a family where there is no one who is not ill? I believe not, and that is unbearable for the system,” the minister said.

The epidemic situation in Serbia is not at all naive, and the Crisis Staff will meet during the week, the Minister of Health said today Zlatibor Lončar.

When asked by Tanjug whether new measures are expected, he said that they are agreeing at the session in relation to the numbers and the situation at that moment.

– I assure the citizens that we will do everything to reduce the number of people in hospitals and on respirators. We also need hospitals for other patients, the staff and doctors are overworked, this has been going on for too long. I am sure that we will take measures in the interest of everyone, above all to protect the lives of citizens and to help the health system – the Minister said.

When it comes to vaccination, Loncar points out that citizens who were vaccinated for the first and second time, and six months have passed since the second dose, their immunity and protection is not the same as it was in those first six months.

– If you want to protect yourself and others, you should receive the third dose, the flu in the region has been isolated and that is why it is necessary for everyone to receive the seasonal flu vaccine. Those who have not been vaccinated at all, it is high time to receive the first dose – the minister appealed.

He adds that the virus will not go away on its own and emphasizes the fact that people who have had the crown in the previous six months have become ill, and that they are now in hospitals.

– The only way out of this is to quickly vaccinate as many people as possible. Unfortunately, as things stand now, that vaccination will have to be every five to six months, if we want to put the crown under control, there is no other way – Lončar explains.

That is the way for the whole world, not only for Serbia, he says and adds that all other stories do not stand and no one should hope that collective immunity will be achieved through infection.

– We have serious losses when we have a large number of patients. Do you know a family where there is no one who is not ill? I believe that it does not exist and that is unsustainable for the system – the Minister concluded.

She wasn’t killed by a blunt object, however …