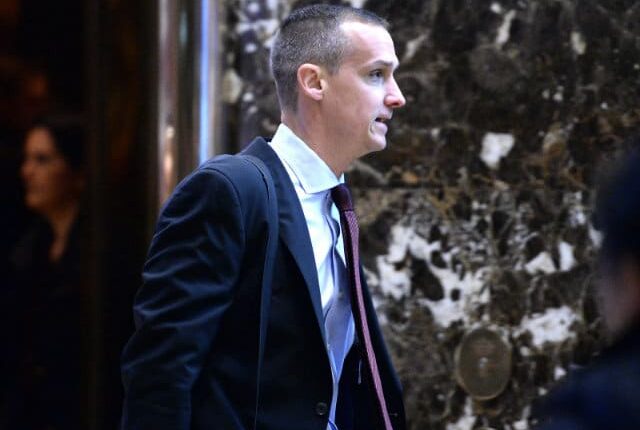 A brief visit to Serbia by Donald Trump’s former campaign manager, Corey Lewandowski, sparked allegations – which he has denied – that he had come to Belgrade to sign a lobbying deal with the government of Aleksandar Vucic.

The American visited Serbia on April 23 when he was giving a talk at an America Today event organized by the East West Bridge NGO.

Former Serbian foreign minister and opposition leader Vuk Jeremic has insisted that Lewandowski come to Serbia to seal an agreement on lobbying for the Serbian government.

“He came to Serbia to agree to that [deal]”Jeremic told N1 television on Tuesday, adding that he would not object to such an agreement if it were” transparent and paid from the state budget “.

“I fear that it will not be the state that pays for Lewandowski’s services, but someone for whom it is not known what he pays for,” added Jeremic.

Jeremic raised the issue of the alleged relationship between Lewandowski and President Vucic on Twitter on April 11th when he asked Vucic if he expected Lewandowski to visit Serbia.

Jeremic then claimed that Vucic had offered Lewandowski “to fix his price in order to arrange a phone meeting with President Trump”.

The day later, Vucic insisted he hadn’t met Lewandowski – but joked that he would like to meet Robert Lewandowski from Bayern Munich.

In the picture that Jeremic posted on Twitter, Lewandowski is sitting at the same table in Belgrade with two other Trump employees, Mike Rubino and Jason Osborne.

Kori Lewandowski still arrived in Belgrade (for lunch at the Privrednik Club – the first on the left side of the table).

[Corey Lewandowski has, however, arrived in Belgrade (at lunch at the Business Club – first on the left side of the table.]

He is there with two Washington lobbyists for Turnbury Company – Mike Rubin and Jason Osborne.

[He’s there with two Washington lobbyists from the firm Turnberry – Mike Rubino and Jason Osborne.]

[All this of course has no connection at all with Vucic – he’s never heard of him!]

Rubino and Osborne are listed as lobbyists for Turnberry Solutions, a lobbying firm founded in the summer of 2017, according to Politico.

When Politico visited the company’s Washington headquarters last November, it said that “there were also signs of Lewandowski’s presence in abundance when a POLITICO reporter visited” – but underlined that Lewandowski said he had nothing to do with it To do Turnberry.

In a statement to the Serbian news agency Tanjug on April 23, Lewandowski denied any dealings with Vucic and said he had never met him.

“I love this story very much. I haven’t met this man [Vucic] in my life. I haven’t spoken to him in my life, but if you can give me a million dollars, I’d like to take it, ”joked Lewandowski.

Lewandowski said in Belgrade that it was a good moment to improve Belgrade-Washington relations, according to N1, adding that it was important for Serbian leaders to visit the United States.

On Wednesday April 25, Serbian government-affiliated tabloid Informer ran a front page attacking Trump’s defeated Democratic rival Hillary Clinton. It wrote: “Corey Lewandowski: Clinton is leading a dirty campaign, she needs clashes and chaos in the Balkans to assert herself as the savior of Europe. Your fingers are behind the fabricated matter in the region. “

Trump fired Lewandowski in June 2016. According to the British Guardian, the campaign spokeswoman said in a statement that “the campaign is grateful to Corey for his hard work and dedication and we wish him all the best for the future.”

PERUAN STRAWBERRY HAS ARRIVED IN SERBIA! There’s a particular place in Jelena’s backyard, she has GREAT PLANS for her / PHOTO /