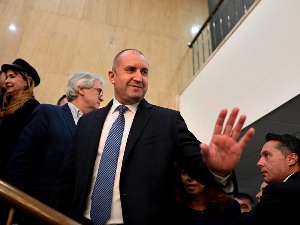 Rumen Radev won in the second round of the presidential election opponent Anastas Gerdjikov with 66 percent of the vote. Gerdjikov won 32 percent, Reuters reports.

“An unprecedented political month. The completed elections have clearly highlighted the desire for people to change, to break with corruption, robbery and illegalities, and for the mafia to step down from power,” Radev told reporters after the vote.

Radev became popular when he supported the protests against the then Prime Minister Boyko Borisov in 2020 because of his involvement in corruption scandals, reminds Reuters.

The presidency in Bulgaria is mostly ceremonial, but it represents a strong platform for influencing public opinion, Reuters writes.

Rumen Radev’s second term will begin on January 22 next year.