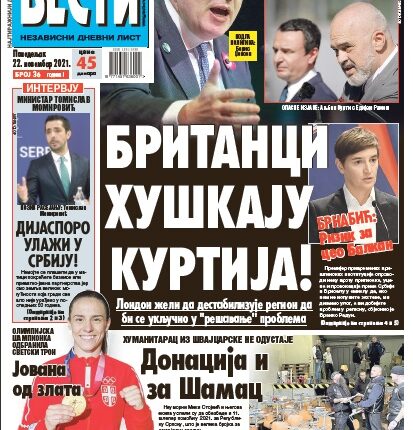 New provocations, but with the already known story of a greater Albania, are coming from Pristina again.

The story was again, for who knows how many times, twisted by Aqbin Kurti, the Prime Minister of the Provisional Institutions of Pristina, with the statement that he would vote for the unification of Kosovo and Albania in the future. He is for
Swiss “Monocle” explained that Kosovo declared independence from Serbia and not from Albania and that the agreement between Kosovo and Serbia should be mutually recognized, as
and an agreement between the two sides not to attack each other.

You can read more in the print edition of “Vesti” for Monday, November 22.

Article Read in the “News”: The British are inciting Kurti! appears first on News Online.