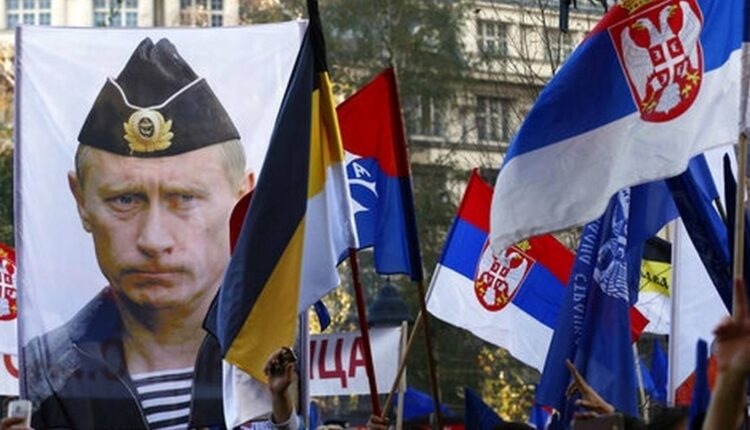 BELGRADE, Serbia – Vladimir Putin has accused the US and the West of destabilizing the Balkans with NATO’s expansionist policies, while Serbia welcomes the Russian president as a hero.

Putin arrives in Serbia on Thursday for his fourth visit to the Balkans since 2001. A fountain in the colors of the Russian and Serbian flags lights up on Belgrade’s main square, bookshops in the capital show works on Putin and a plateau in front of the largest Orthodox church in the Balkans is hastily paved before his planned visit to the temple.

Despite strong Russian opposition, Montenegro joined NATO in 2017, while Macedonia is trying to resolve its name dispute with Greece to join the Western military alliance. Last week the NATO foreign ministers started a program that could also lead to Bosnia’s membership. The four other neighbors of Serbia are already members.

“In 2017, Montenegro was admitted to NATO, disregarding the opinion of half of its population,” said Putin. “You didn’t dare hold a referendum. The country is going through a phase of political instability.”

Two Russian military intelligence officials in Montenegro were accused of carrying out a 2016 coup in the tiny Adriatic state to prevent NATO accession.

Putin said that in Macedonia “the process of adopting constitutional amendments, renaming the country and revising the foundations of Macedonian national identity in the Republic of Macedonia has been started last year in order to expedite its accession to NATO”.

He said that while the West is guiding wrong policies in the Balkans, “Russia knows and understands the complexities of the Balkans and the history of the region”.

Putin said Russia has “always seen the Balkans as a space for constructive cooperation. Therefore, Russia has many friends here today, and its strategic partner Serbia occupies a special place.”

The historically close ties between Russia and Serbia have recently been visibly revived after Putin stepped up his efforts to restore Moscow’s influence in the former communist countries of Eastern Europe.