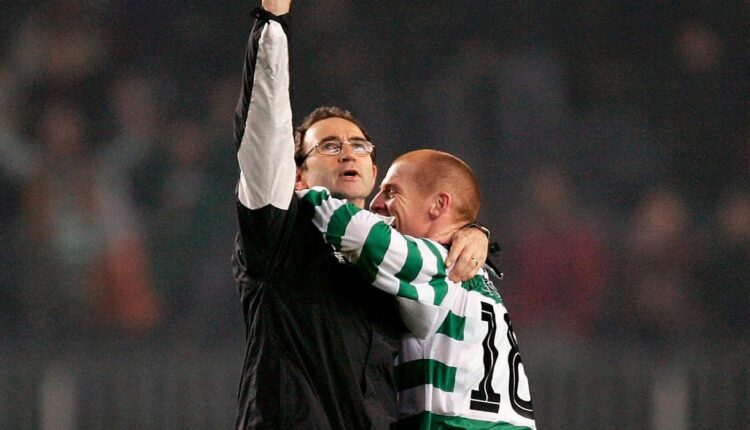 Neil Lennon: ‘Martin O’Neill is not any dinosaur’

Neil Lennon tells a story about Martin O’Neill that unfolds the nature of intuitive acumen of the Derry man who, despite his 65th birthday in March of last year, appears intent on perhaps producing one last assault on management.

Aside from his former midfielder firmly believing that, should O’Neill accomplish the rare feat of being manager and player at two different World Cups, generations apart, O’Neill doesn’t necessarily have to be his swan song.

“We were promoted to Leicester in 1996,” remembers the Lurgan man, now Hibernian boss and O’Neills, but once the successor to the Celtic hot seat.

“We beat Crystal Palace in the play-off final and the following season many of us made our first Premier League games. He obviously looked at the roster, we went to an old naval camp and did one.” Week there without the ball, got really fit. It was murder.

“We played a few games before the season and on the first day of the season we went to old Roker Park to play Sunderland. There are people like me, Muzzy Izzet, Julian Watts, four or five of us who are pretty are nervous and we wasn’t sure if we could do it or not.

“On Thursday he bought Casey Kellar, the goalkeeper, and Spencer Prior. So on Friday, a day of practice, they trained, then we went to Sunderland. He names the team. It’s 3-5-2 and we played 4-4 -2 for the last 10 months.

“I didn’t talk about it. I didn’t think about it. He said, ‘I trust you go out and do it. Lenny, you sit, Muzzy, do that on the left, Gary Parker, on the right, there are your three backs. two full-backs, two good strikers in Heskey and Claridge. “

“But because he didn’t tell us about it, it doesn’t mean he didn’t think about it much. He thought this was the best path for the squad to go and he didn’t want us to do it.” Concern.

Twenty years later, the formation is more common than most of the others; Arsene Wenger has been the last to follow the trend lately, despite one of football’s greatest managerial attempts being more Vaudevillian than victorious.

With donning canvas, cordless trainers, and expensive cashmere sweaters, O’Neill may suffer less from his reputation as a believer in sepia-toned “old-school” management that we are constantly informed is no longer fit for purpose.

The trend towards radical hipster coaches has never been more popular. O’Neill, with his sprawling monologues, shabby portrayal, and whimsical management style, seems strangely out of whack in this monochrome ProZone age.

On the other hand, its critics can justifiably say carp; his last 3-5-2 shimmy was a stuttering mess; Maybe it’s more about the quality of the players that are available to him. Leicester can be a Premier League team; Ireland doesn’t.

While O’Neill’s World Cup ambitions may still be realized, Lennon believes a return to the Premier League should not be ruled out despite his acquired reputation.

“He’s not a dinosaur,” says Lennon. “These young managers, some fail, some succeed. There are a lot of hipsters out there that I’ve seen who don’t do very well.

“Of course he could make it back to that level. Ireland are at the top of a very difficult group together. The result in Serbia was fantastic against a very good team, very skillful, especially away from home.”

“You’re unbeaten in the group and, to be fair, he’s had a lot of injuries. And you lost Robbie Keane. Robbie Keane guaranteed goals and that’s a huge loss at every level.”

“Ireland lost that at Robbie Keane and yet they are in a very, very strong position in the group and that is more because of good management than anything else.”

Yet another Keane remains of value. However, Lennon smiles when asked if his supposedly strict behavior could surpass that of his manager.

“Martin is terrifying,” he replies. “I don’t want to talk badly of him, but it was just his way. He demanded very high standards and if you didn’t deliver he would tell you quickly. I saw him lose it.

“The first time was my first game. We played Reading away at Elm Park and he was nice to me – ‘I’m glad you’re here, great player …’

“Then at halftime I saw this other side for him. I thought, ‘Damn it, what did I sign up for here?’ But he made you do it all along, when you did well you felt amazing too.

“At the end of one of the seasons he spoke to me in front of the players and said what he thought of me. He made me feel 10 feet tall.

“He just went, ‘Lennon, you were very special’. It meant so much to me and made me think I was running through brick walls for this boy.”

Neil Lennon will be part of TV3’s Champions League coverage this season when they have their choice of live games on a Tuesday.