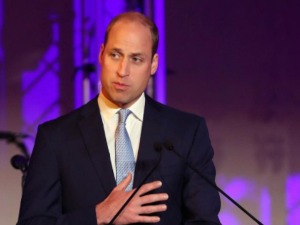 Shortly before Prince Harry and Megan Markle met with the royal family to discuss their abandonment of royal duties and roles, they launched a website called “Sussex Royal” where they publish details about their future life plans.

However, Queen Elizabeth later said that they could no longer use the word “royal” in their announcements, “unless they were already active members of the royal family”.

Harry and Megan responded by posting on sussexroyal.com.

“Although the Monarchy or the Royal Cabinet are not competent to regulate the use of the word ‘royal’ abroad, the Duke and Duchess of Sussex do not intend to use the term ‘royal’ or ‘Sussex Royal’ anywhere, as they step down in the spring of 2020.”

That is exactly the thing that, according to the Sunday Times, allegedly angered Prince William.

The content is still available, and it is incendiary, said a source close to the royal family, adding that Prince William believes that Megan and Harry “behaved towards the Queen in an insulting and disrespectful way”.

It was announced earlier that Prince William reacted later a tumultuous interview that Megan and Harry gave to Oprah Winfrey, and where they claimed that a certain member of the royal family had a racist remark about the skin color of their son, Archie.

Asked about the accusations of racism, Prince William said: “We are not a racist family”, and added that he plans to talk to his brother soon.

The brothers have talked since then, according to mutual friends from Sussex, reports the Independent, but not much is known about the details.

Neil Lennon: ‘Martin O’Neill is not any dinosaur’