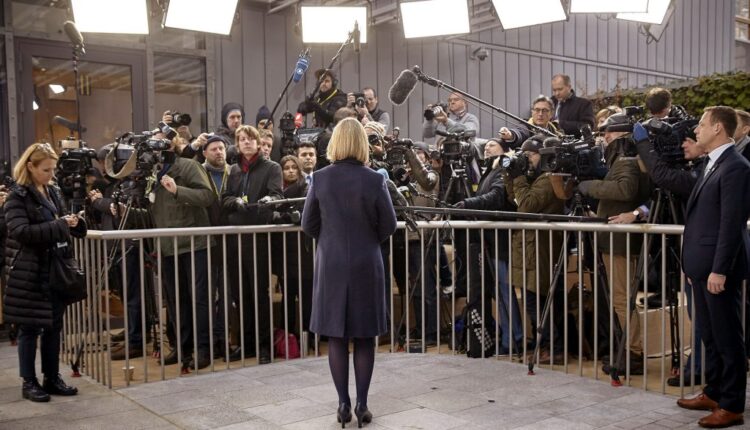 WESTERN BALKANS / BRUSSELS – HRVP Federica Mogherini visited the Western Balkans earlier this month. While addressing the members of the parliaments of the six countries, she conveyed key messages from Brussels, but also encouraged governments to pursue the necessary reforms. Mogherini also used her time to speak to students and further motivate them to help their countries move forward on the EU path.

It seems she started her visit with enthusiasm and high hopes that the Western Balkans will only need a small boost to continue major reforms. She realized that the EU may need more support and understanding as the region is inundated with serious political problems, heated by harsh inter-ethnic tensions that made her return to Brussels even more concerned.

Before her official visit to Montenegro, she said: “The leadership of the Western Balkans within the European Union is a task for our political generation, not for the next.”

Before her visit to Belgrade, she published a statement highlighting the importance of Belgrade-Pristina relations. “The importance of the dialogue between Belgrade and Pristina for regional stability as well as for Serbs and Kosovars should not be exaggerated,” she stressed.

She also addressed the problems with Serbian reforms, adding that Serbia needs “a stronger rule of law, a more predictable business environment and better services for all citizens would help create new jobs and attract more foreign investment”.

On her second day in the Western Balkans, Mogherini visited the Macedonian parliament where she urged political leaders to reduce harsh rhetoric that could spark inter-ethnic conflict. “All political leaders and all those who have institutional responsibilities have a duty to contain and downsize the rhetoric in order to avoid turning this political and institutional crisis into an inter-ethnic conflict, or worse, a geopolitical conflict. This is a complex country in a complex region and in really complex times. We don’t need fuel because we already have quite a bit of fire. “

Later that day, she visited students in Skopje and gave an inspirational speech encouraging students to embrace change. “I tell you, be impatient! and ask for what you want and try to work for what you want. I’m not telling you to wait for better times. I tell you to get involved, stay positive, stay positive and consistent, and not let frustration turn you into cynicism, violence or division. Don’t let anyone tell you that your country will never make it or that you won’t. If you don’t see progress, or worse, if you see things getting worse, which happens at times in life and in history, don’t give up. Never give up. And keep your sense of direction, keep the priorities, get involved because your behavior, your voice and your thoughts count, ”HRVP told Macedonian students.

On the third day of the Western Balkans tour, she referred to Serbia’s relations with Russia and explained to the Serbian President: “There is an opinion that full membership implies a choice between East and West. One does not exclude the other, and work must be done to change that perception. “

In Tirana she had a message about the political situation in the country. “The executives have the responsibility to act within the institutions. Political game has to be played inside and not outside of the field, which means that the debate should take place in Parliament, which is the heart of democracy, ”said Mogherini.

Mogherini reiterated the message that the dialogue between Belgrade and Pristina is of paramount importance. “Reconciliation is the key word here and this is the key work that we do and that we support. The people of Mitrovica seek reconciliation between communities and ultimately peace, and with peace comes prosperity. “

The last country she visited was Bosnia and Herzegovina, where she stated that the EU path means stability and security for the country. “Peace is no small thing in this city, it is stability, security, economic opportunities for all of us, regional cooperation and what I call the reunification of our continent. Since this is not the European path of Bosnia and Herzegovina, because you are already European, this is the perspective for accession to the European Union that is at stake, and this is a common goal that we have to move in that direction work, ”Mogherini concluded.

Some analysts claim Mogherini’s visit had no impact on the Western Balkans. On the Monday ahead of the EU Foreign Affairs Council meeting in Brussels, Mogherini expressed concern about the current situation in the Western Balkans. “Some domestic dynamics that are causing tension in some countries. Some regional inter-ethnic tensions or between or between countries that are extremely dangerous because they could bring the region back a few years. Peace can never be taken for granted. And I’ve also seen a region that has faced some global tension. The Balkans can easily become one of the chess boards on which the great power game can be played. “

On the other hand, she added that she is “full of optimism and hope because when you meet students, citizens, civil society, but also so many political and social forces across the region, you see the tremendous support and trust in them the European Union. You see a desire to join the Union. “

However, Slovak Foreign Minister Miroslav Lajčák said he thought “the High Representative had returned frustrated from her trip to the Balkans,” reported Al Jazeera. He added: “The EU is getting less serious when it comes to enlargement. We now have two countries on the verge of collapse and three countries in deep political crisis.”

Against this background it is clear that the Western Balkans are facing major political challenges and that these problems can only be solved with the strong support of the EU.

Why has oil turn into dearer in Serbia?