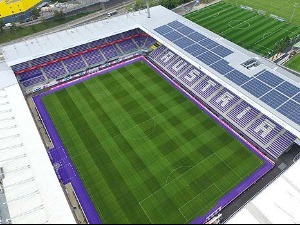 The Davis Cup Group F between Austria and Serbia will be played without an audience in Innsbruck.

Hervig Straka, the organizer of the tennis competition where Novak Djokovic’s first racket is expected to arrive, said that the Davis Cup lives on emotions in the stands, and that due to the lockdown, this unique atmosphere in the hall, which can accommodate 7,000 spectators, will be missing.

All matches of the Austrian Bundesliga will be held without an audience, and this measure also affected the Biathlon World Cup in Hochfilzen.

The president of the Bundesliga, Christian Ebenbauer, starts from the fact that there will be no spectators in the stadiums until the end of the current championship.

He also expressed hope that the state would financially support sports leagues.

He said that he was sorry that football was played again without an audience in the stadium, but he also expressed understanding that the decision on the lockdown had to be made.

Bjelica: Anybody can play within the NBA