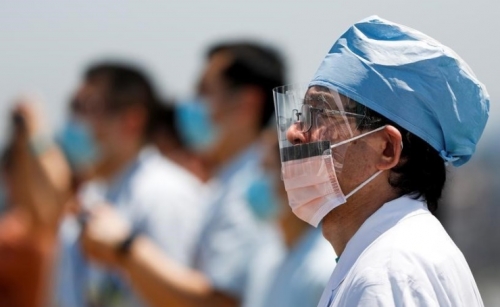 Japanese health workers are cropping the government’s real-time COVID-19 database launched in the middle of the pandemic to better manage outbreaks and pointing out hurdles to the new prime minister’s goal of digitizing the government.

Only 40% of medical institutions use the HER-SYS online database, which was launched in May. This was the result of a survey by the Ministry of Health this week. Respondents complained that the system was too time consuming to use or duplicate work they still had to do with paper forms and fax machines, Reuters reported.

“There is a huge shortage of staff who can handle this system,” said Satoru Hashimoto, director of intensive care medicine at Kyoto Prefecture Medical University.

HER-SYS has a “notorious reputation” for requiring more than 120 fields to be completed, said Fumie Sakamoto, infection control manager at St. Luke’s International Hospital in Tokyo.

Most hospitals in Tokyo or Osaka, the largest metropolitan area in the United States, still haven’t installed it because they have their own systems, she said.

Modernizing Japan’s outdated government administration was a major promise made by Prime Minister Yoshihide Suga, who was elected Prime Minister this month. He seeks to create a new digital agency to run the prosecution.

The pandemic has put these issues in the spotlight as bureaucratic issues have slowed stimulus control for the public, and infection dates are often delayed or inconsistent between regions.

The inclusion of HER-SYS missed the government’s target, Ministry of Health official Hiroshi Umeda told reporters on Wednesday. The ministry conducted the survey to improve the system and asked a working group of experts to provide advice on this.

“We’re trying to accommodate requests to make it easier and more convenient,” he said.

RHZS: At present cloudy and a bit hotter