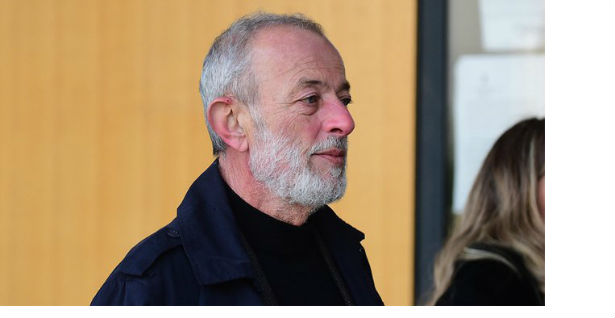 ALEKSIĆ CLAIMS THAT HE DID NOT RAPE STUDENTS: He invited Vuk Kostić, Dubravka Mijatović and 50 other actors to defend him!

The owner of the acting school, who is accused of sexually abusing several girls, and his lawyers suggested that dozens of his colleagues be questioned, and he only stated that he was not guilty, reports Kurir.

Defense Miroslav Mike Aleksić, the owner of the acting school accused of raping and sexually harassing students, proposed yesterday that actors Vuk Kostić, Dubravka Mijatović and many other colleagues be heard as witnesses before the High Court in Belgrade, this paper reports.

As Kurir unofficially finds out, Aleksić’s lawyers submitted a list on which, in addition to the mentioned, there are about fifty other actors, directors and other public figures.

– In addition to the proposals presented by the prosecution and the defense, Aleksić pleaded guilty for the first time yesterday to the accusations of the prosecution. He said briefly: “I am not guilty, I do not admit the commission of criminal acts”, and he will be able to present a detailed defense only after the preparatory hearing is over and the trial begins – the interlocutor of this paper explains. According to him, the continuation of the preparatory hearing was scheduled for today, but it was postponed to November 15 so that the prosecution and the representatives of the injured girls, including famous actresses Milena Radulović and Iva Ilinčić, would have the opportunity to meet them.

– Then the court will decide whether and when to call the proposed witnesses for questioning – the source explains.

The judge refused to disqualify him

Already at the preparatory hearing, problems appeared, which, according to the representatives of the injured parties, raise doubts about how the further procedure will proceed. Namely, the representative of the actress Milena Radulović asked Judge Zoran Božović to withdraw from the case and leave it to another judge, because as a member of the panel he already decided to extend Aleksić’s detention, which could be the reason for the verdict to be overturned one day. – Judge Zoran Božović did not withdraw himself from the case, although he is aware of the fact that he extended the detention of Aleksić and that in the procedural sense, he makes the procedure problematic – Tintor explained.

According to the writing of this paper, the lawyers representing the injured parties allegedly disputed these proposals. Lawyer Jugoslav Tintor said that the fact that the defense proposed 50 or 60 witnesses clearly shows their intention to delay the proceedings.

– The very fact that in the phase of the main trial, not 10, but 50 or 60 witnesses were proposed, means an abuse of procedural rights in order to prolong the procedure. We hope that the court will separate the important from the irrelevant and that it will not fall into that trap to present all possible evidence because that would make the procedure meaningless – said Tintor.

His colleague Borivoje Borović reveals that among the witnesses proposed by the defense are many who have already spoken in favor of Aleksić on television.

In addition to Vuk Kostić and Dubravka Mijatović, as Kurir finds out, the list of proposed witnesses of Miroslav Mike Aleksić also includes Aleksandar Berček, Goran Sultanović and other actors. – These are just a few names, they are practically on the list of witnesses for whom all famous people from the world of acting and film are being heard. The last word will be given by the court, which can accept or reject the proposal – says the source of Kurir and adds that it has not been decided yet whether the trial will be public.

– We challenged the examination of witnesses to various circumstances that should be in favor of the accused Aleksić, and who have already appeared on television, where they commented on how to conduct the procedure, obstructed the investigation and today we should expect that as impartial witnesses speak in court? Even the photos that the defense proposed to be presented as evidence are contaminated and can no longer be used in court – said Borovic, alluding to the photos that the defense submitted to the media, in which Aleksic poses with the actresses who reported him.

It should be reminded that Aleksić was arrested on January 16, and on September 10 he was transferred to house arrest. He came to the Palace of Justice with a nanogic. His wife Biljana Masic, who supported him at the previous hearing, did not appear yesterday. During the breaks in the trial, the accused walked and smoked in a relaxed manner.