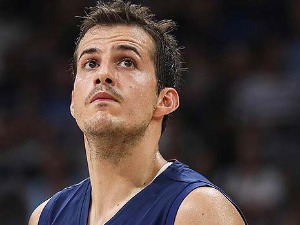 The Golden State basketball players almost routinely outplayed Charlotte, although the guests entered the match well and even took the lead in the first quarter.

However, in the continuation, Kari and the team took the initiative, made a turnaround and then led the match to a convincing victory.

Although he led the team, Steph Curry was not usually efficient and the match ended with 15 points with nine assists and eight rebounds.

The most efficient was Jordan Poole, who finished the match with 31 points and seven three-pointers.

Nemanja Bjelica provided an excellent game in which he spent only 12 minutes. During that time, he scored eight points, of which he had two triples from two attempts, with two rebounds and split passes.

Basketball players Memphis beat Denver 108: 106 at home and in the second game of the season, and Nikola Jokić, despite playing the most efficient match so far, was the tragedian of the match because he failed to bring overtime to his team in the last seconds.

Boban Marjanović, with an excellent game, in the last seconds he stopped the attack of the hosts and secured the victory of Dallas in the duel with San Antonio with 109: 108.