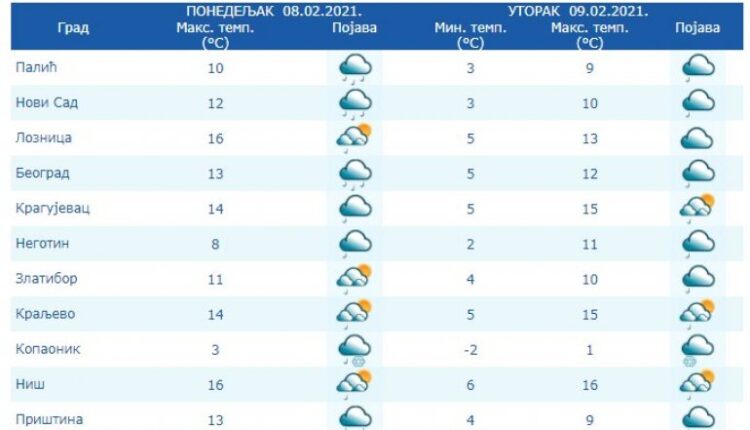 GET READY, A BIG COOLING AWAITS US IN THE NEXT DAYS! At the moment largely cloudy and a little bit colder

Wind weak and moderate, south and southeast, strong in the morning in southern Banat and mountainous areas, western and southwestern in the afternoon.

In Belgrade, also mostly cloudy with rain and a little colder, and during the night partly clearing.

Wind in the morning and before noon moderate and strong, southeastern, in the afternoon westerly weakening.

On Tuesday and Wednesday mostly cloudy, in some places with light rain and relatively warm, and on Thursday more cloudy with rain, in the mountains with snow, in the afternoon and very cold, in the evening and at night snow in the lower regions. 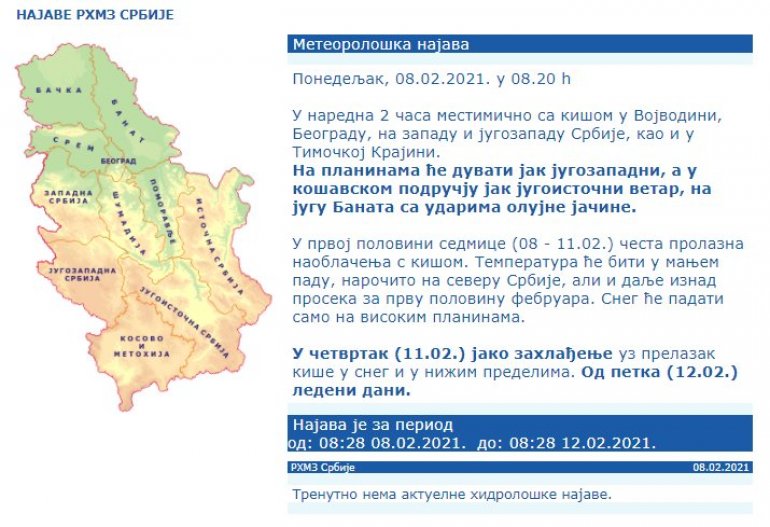