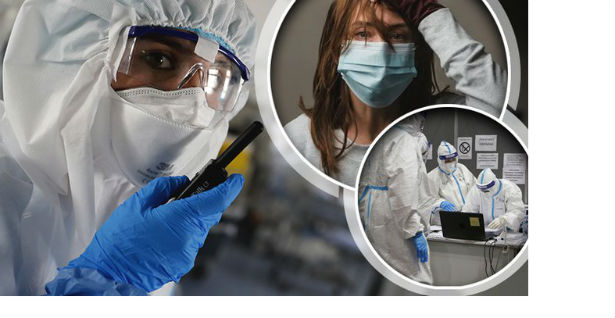 EFFECTIVE AGAINST NEW STRAINS! A brand new drugs towards kovid is coming to Serbia!

EFFECTIVE AGAINST NEW STRAINS! A new medicine against kovid is coming to Serbia!

Dr. Škodrić points out that “molnupiravir” is effective against new variants of coronavirus.

– The first quantities of the new antiviral drug “molnupiravir”, effective against new variants of coronavirus, for about 50,000 patients will arrive in December. And we have no limit in quantities, we can withdraw as much as we need for all patients. “Providing” molnupiravir “and another new antiviral drug -” paxlovid “- is an additional weapon for the treatment of coronavirus infections, and we expect that the rapid and timely introduction of this new therapy will further relieve hospital capacities and reduce the number of life-threatening patients,” Skodric told Kurir.

When asked how this medicine works, Skodric explains:

– “Molnupiravir” is a false substrate that is incorporated into viral RNA, which creates a non-functional viral RNA, which stops the further multiplication of coronavirus in our cells. The drug is effective for new variants of the virus (alpha, beta, gamma, delta and we) because its effect does not depend on binding to spike protein, that is, the part of the virus where mutations occur. Molnupiravir has proven effective and safe in a study that allowed for early submission for early approval to the U.S. Drug Enforcement Agency (FDA) and the European Medicines Agency (EMA), and approvals are expected in November. The United Kingdom has approved the medicine, but no country has received it yet. Serbia was the first in Europe to sign the agreement, even before Britain, and ensured that, in parallel with America and among the first countries in Europe, we get the medicine – says the doctor and adds that the decision on the criteria for applying the medicine will be made by the profession.

– The protocol and criteria for drug administration will be defined by the profession, and the general indication is that the drug is administered orally, in tablet form in the first five days after the onset of symptoms, to non-hospitalized patients older than 18 years with positive PCR test and mild or moderate form of kovida, which have at least one risk factor for the development of a severe form of the disease and / or hospitalization – diabetes, severe cardiovascular disease, cancer, obesity …

A person who drove a BMW and killed a lady on Mirijevski Boulevard has been arrested!