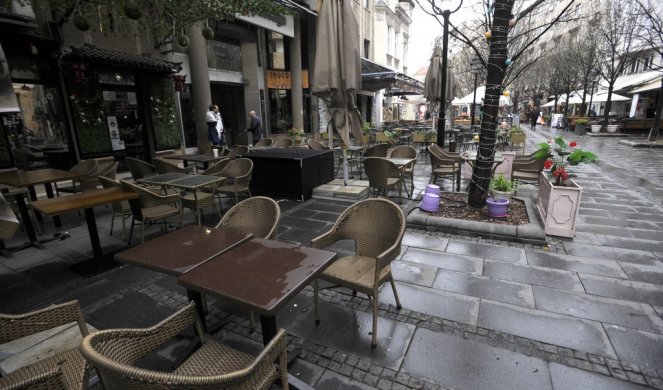 DETAILED FORECAST FOR THE NEXT 15 DAYS! Sunny and hotter climate from tomorrow, however RAINS ARE EXPECTING from Monday!

– Serbia is still under the influence of the high-altitude cyclone, which is located a little east of us with its center. This system is responsible for cloudy weather with frequent rain and showers with thunder, and it will be the same during the day. It will be dry in the northwest and west. By the way, the temperatures are real today, just like yesterday. Although today is the first day of climatological summer, the maximum temperature in Serbia will be from 15 to 19 degrees, which are the values ​​of temperatures that correspond to mid-April and mid-October – says Đurić and adds:

– From tomorrow, the influence of the altitude cyclone will finally weaken and it will leave our area and move further east across the Black Sea, and with it will go clouds and precipitation. So, sunny and warmer weather awaits us from Wednesday, with the development of clouds during the day. Although it will be warmer compared to the previous days, it will still be fresh for this time of year, because our area will be under the influence of the northern and northwestern currents.

Đurić says that on Thursday and Friday, under the influence of high air pressure, it will be sunny and a little warmer, with temperatures from 20 to 25, in Belgrade up to 23 degrees. A strong northwest wind will blow on Thursday.

– During the weekend, the temperatures will be in accordance with the calendar. The maximum temperature will be mostly from 23-24 to 27-28 degrees. Mostly sunny to moderately cloudy is expected on Saturday, while on Sunday after a sunny morning, in the middle of the day, in the afternoon and evening, it is expected to be partly cloudy, sometimes with local showers and thunderstorms, first in the west and southwest of Serbia. During the weekend the wind is very weak.

– At the beginning of next week, it will be more unstable with showers and thunderstorms, mostly during Monday, and it will be a few degrees cooler. According to current budgets, in the first half of June the temperatures will be lower – more around the average values ​​and no heat and days with temperatures over 30 degrees are expected – Đurić specified.

Dutch ladies too sturdy: Serbia’s third defeat within the League of Nations