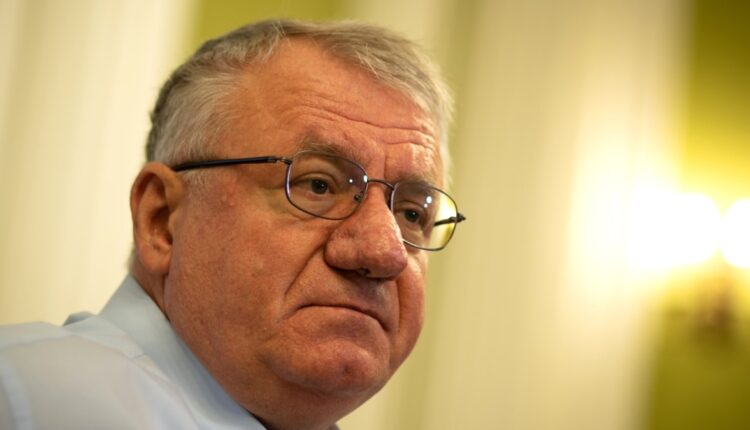 A Croatian parliamentary delegation canceled a visit to neighboring Serbia after nationalist politician Vojislav Seselj, who was recently convicted of war crimes by a United Nations court, stamped on the Croatian national flag and cursed visitors.

“Despite a very good start and determination to improve our relations, we interrupted our visit after this act against the dignity of the Republic of Croatia,” it said.

Seselj threw the flag on the ground and climbed over it, according to a statement by the Serbian Radical Party of Seselj.

“Trying to tear up a Croatian or other flag or state symbol and insulting members of official delegations visiting our country is not the behavior that represents Serbia, the values ​​of the Serbian government and the majority of our citizens,” she added.

Last week a The Hague-based panel of UN judges did partially overturned Seselj’s acquittal for war crimes and crimes against humanity committed during the Yugoslav Wars in the 1990s.

The Mechanism for International Criminal Tribunals (MICT) in The Hague sentenced him to 10 years in prison, but ruled that he had already served that time.

Relations between the two countries have been strained since Croatia’s declaration of independence from former Yugoslavia in 1991, which sparked a four-year conflict with Belgrade-backed ethnic Serbs.

With coverage from AFP and Reuters

Democrats Plan to Develop Medicare Listening to Advantages. What Can Customers Count on?