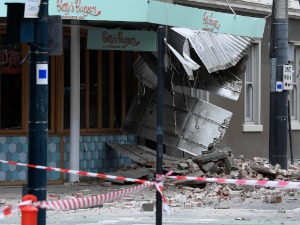 The epicenter was in Mansfield, about 200 kilometers northeast of Melbourne, the capital of the state of Victoria, and it was at a depth of 10 kilometers, Reuters reports.

The earthquake was also felt in neighboring South Australia and New South Wales.

Two subsequent earthquakes of magnitude 4.0 and 3.1 on the Richter scale were also recorded.

This is one of the strongest earthquakes in Australia in recent years. According to the first information, no serious damage was caused and no one was injured, which was confirmed by the Australian Prime Minister Scott Morrison.

The emergency service warned residents to be careful about possible subsequent earthquakes.