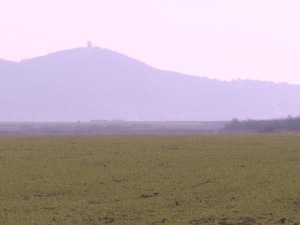 A brand new industrial zone is rising in Vršac, an opportunity for brand spanking new jobs

The plots, on which the infrastructural equipping of the new industrial zone will soon begin, are located on the road to Zrenjanin, five kilometers away from the city, with a good strategic position next to the international railway Belgrade – Vrsac – Timisoara.

With the support of the Government of AP Vojvodina, with the construction of the water supply in the next month, works on one of the most important projects for the city of Vrsac should begin.

“As for the first phase for which funds are fully provided by the expiration of the necessary deadlines for all procedures now in the spring, for a month, at most two, and the contract stipulates that it will be ready by the end of 2021 and the city of Vrsac will provide additional funds in cooperation and competition with higher levels of government in order to be able to complete the entire project as soon as possible and provide investors with a place for new investments, “said Dragana Mitrovic, Mayor of Vrsac.

The new zone will cover 22 hectares, for a start, because there is a possibility of expanding up to 200 hectares, and it is intended for the pharmaceutical industry, clean food, small and medium enterprises, and logistics centers. There will be no places for big polluters, though.

“Everyone who wants to introduce some technology that implies some great pollution will have to comply with the conditions of environmental protection in order to do business here at all. This will be a modern zone that will provide a great opportunity for city development,” said Zorica Popovic, head of the department. urbanism and construction.

The local self-government says that the construction of the “North” zone is a priority, because it is a precondition for the arrival of new investors, the opening of new jobs and further development of the city, especially having in mind that all places in the Technology Park have long been filled.

240 million dinars will be needed for the entire job, and the funds will be provided partly from the city budget, and partly through competition at the national level.

Brazil is on the point of catastrophe, and the president …