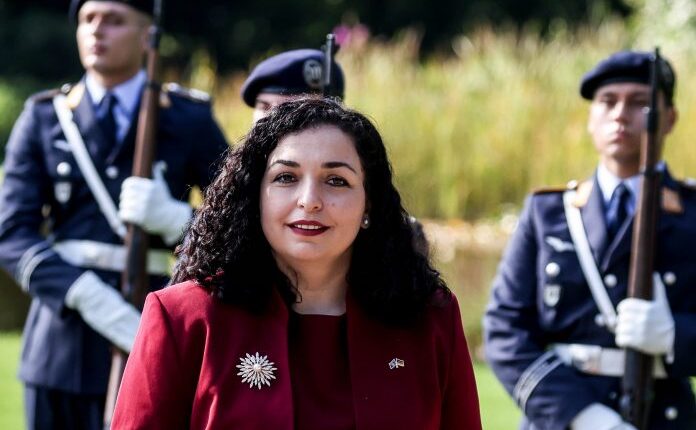 Vjosa Osmani’s husband is in uniform once more

The husband of Kosovo President Vjosa Osmani, Prindon Sadriu, has reappeared in uniform as a KSF reservist in photos released by the Ministry of Defense.

The ministry published those photos on Facebook yesterday and stated that the KSF reservists had been engaged in the KSF for the past month and that they had shown high commitment.

Many reservists are said to be university professors, specialist doctors, lawyers, politicians, diplomats, pilots and professionals from many other fields.

“The Ministry of Defense, in addition to increasing the budget, will preserve and develop military skills, high readiness and management, and the operational capabilities of the reserve army, as a very valuable source of national defense,” the ministry said in a Facebook post.

Sadriu, who is the first man at the Kosovo Embassy in Skopje, is often photographed in uniform, so he wore a uniform during a tour of the Defender of Europe 2021 exercise, although, according to Pristina media, the reserve, of which he is a member, was not hired for that exercise.

You can see the pictures HERE.