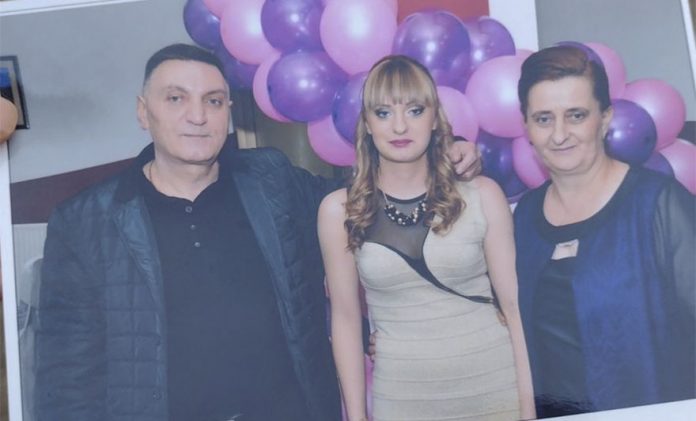 Household crimes more and more frequent in Serbia (4): Bloodbath after a crate of beer

Victims of insanity: The Đokić family

During the last decade, the number of murders within the family or the closest blood relatives has been growing, and in this period, multiple murders are more frequent, former member of the State Security Božidar Spasić told “Vesti”. In Serbia, according to him, bloody clashes most often occur between sons and fathers and between brothers, due to unresolved property relations.

He points out that massacres are also happening in the family, such as the horrific murder near Leskovac, where a man killed the whole family.

– Statistically speaking, the most common murders are in Negotin and Belgrade, mainly in areas of lower social status and lower intellectual level – explains an experienced police operative.

According to Spasic, those who commit crimes within the family, mostly do it with a gun. The firearm with which they commit a crime is usually theirs or someone from the family, and if they decide to commit murder with a cold weapon, they usually do it with an ax or a knife.

– When they commit murder, they leave the victim at the crime scene and are aware of their act, they report and wait for the police. Or, one of the neighbors calls the police, and the police find him at home and, mostly, in a state of shock – says Spasić.

Usually, according to him, money is the primary motive of heavy alcoholics or drug addicts, but it also happens that someone under the influence of narcotics is out of control, and finds himself among the closest.

– He then sees in them the culprit for his bad position or some problem from which he cannot get out and moves into violence and crime – our interlocutor states.

It happens, Spasic explains, that the killers of close relatives escape from the crime scene, but as he points out, “there is no such crime that has not been discovered.”

The long-term operative of the DB points out that the killers of their closest relatives are often known to the police in their communities, and they are prone to drunkenness and violence.

– Such people first drink a crate of beer in front of a local shop in the center of the village and then, in a state of “out of their mind”, go home, start a quarrel and commit a crime. As I said, they are mostly bullies, and very rarely someone when the neighbors say that he is “good as bread” becomes a murderer – stated Spasić.

Otherwise, as he points out, the killer can be recognized, but our interlocutor believes that social services are not doing enough to prevent and detect such personality structures. Also, there are cases, he says, for someone to fall into debt, such as in the case of the recent brutal murder of the three-member Đokić family, so he sees the physical removal of relatives as a way to get out. In addition, the motive can be envy and jealousy of a more successful relative.

Asked why the corpses were burned in the case of the monstrous murder of the Đokić family, Spasić answered that something like that was being done for two reasons.

– If he can’t remove the DNA and other traces that will lead the police to him, the killer burns the corpses, because he is convinced that he will succeed.

Also, by throwing the burned corpses into the pit and camouflaging with leaves, it shows that the killer wanted to get on time, in the sense that he makes the investigation more difficult and avoids being discovered for the committed crime – said Božidar Spasić.

Božidar Spasić points to another type of murder that occurs after prolonged violence against household members, and explains that in most cases, young people mistreat one of their parents, but also their grandparents.

– Usually, the residents do not report it to the state authorities, because they are ashamed, or because they do not know what will happen next if they report it to the police. That is, whether the perpetrator will be released soon, and then attack them again – our interlocutor recounts some of the situations.

Liquidation due to vice

– It happened on several occasions that someone killed their grandparents in order to steal the money they needed for narcotics, and these are usually very small sums. Because of alcohol and drugs, a person’s consciousness changes, so from prison some end up in a madhouse, just like murderers who otherwise have hereditary mental problems – Spasić points out that the murderer is in an uncontrolled state at the time of the crime due to vice.

The true reality is that there isn’t any quarrel between the SPS and United Serbia, I’ll recommend to Dacic that we signal an settlement on cooperation in order that it will be clear to everybody

We must always drink these drinks earlier than going to mattress, particularly if we…