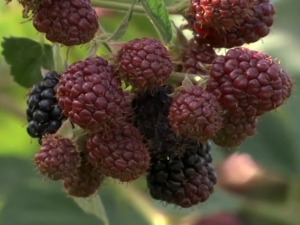 There isn’t any one to choose blackberries, what buy costs can producers count on

Čačanska bestrna gave birth well this year, it is full of sugar and dry matter. On the plantations in the harvest, mostly the owners, relatives and neighbors, thus say they are reducing the expenses for the workers, who are finding it increasingly difficult to find. The areas under the blackberry are smaller, and the producers are calculating, because the purchase price is not known in advance.

“It doesn’t pay people to work, they can’t pay the per diem in their field, and there are no more young people, no one to work, no one to pick,” says Milan Jelic from Preveste.

From the former 300 hectares under the blackberry tree in Levča, there are now only 150. High costs, investments and a low purchase price were the reasons why many people cut down their plantations.

“I had about three and a half thousand seedlings, four, now I have dropped to 750. Because the price was not very acceptable in the previous four years, it was not possible to survive with that price,” said Darko Đurić from Prevešt.

Whoever survived, this year will have something to hand over to the cold stores in Tečić, Županjevac or Prevešt. Most of the frozen fruit, which is picked by laser, but also by hand, goes to the countries of the European Union.

“I’ve been working seasonally for five or six years. It’s not hard. Blackberries are good this year,” said Sasa Markovic, a worker from Kragujevac.

Due to the smaller yield this year, the starting price in the purchase for blackberries is 150 dinars per kilogram. The blackberries are satisfied, because last year a kilogram cost 70 dinars.

“We expect that it will continue to increase, there are some indications, we will see to what extent, that is certainly great news for all producers to invest in production,” says Ivana Škovrić from the company “Frigo Levač”.

The municipality of Rekovac recognized fruit growing as a development opportunity, so this year 20 million dinars are directed towards agriculture. The funds are used for interest-free lending, procurement of raw materials, investment in irrigation systems, shade networks, better local roads.

“We will see what the trend will be in the coming years, considering that this year the price is quite satisfactory for agricultural producers, so we can expect that at least the existing area will be retained or possibly increased,” said Assistant Mayor of Rekovac Vladimir Stepanovic.

Lower temperatures and fresh nights affect the blackberries, so the producers carefully follow the weather forecast so that the plants that escaped the hail clouds would not suffer from the strong sun.

Russia’s warning: The Black Sea is popping right into a zone of harmful confrontation due to NATO