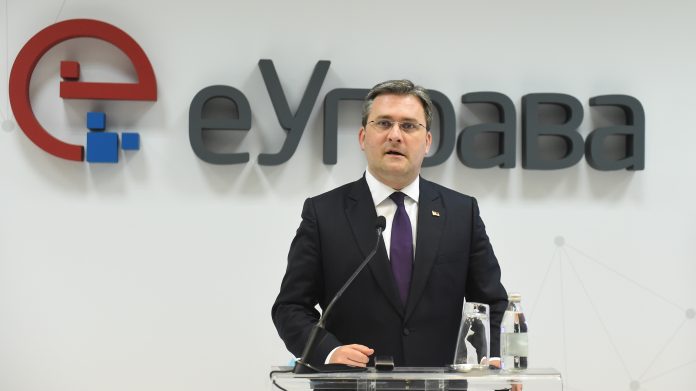 The theme of this year’s session of the UN General Assembly is defined as: “Building resilience through hope – to recover from kovida-19, rebuild sustainability, respond to the needs of the planet, respect human rights and revive the UN.”

The general debate at the 76th session of the UN General Assembly will begin tomorrow in New York, and Serbia will be represented by Prime Minister Ana Brnabic and Foreign Minister Nikola Selakovic at the world organization’s headquarters until September 27.

Prime Minister Brnabic will address the general debate on September 24, the government confirmed to Tanjug.
During the 76th session of the UN General Assembly, Minister Selaković will have more than 30 bilateral and multilateral meetings with the Ministers of Foreign Affairs and high officials of other countries on the sidelines of the meeting.

The theme of this year’s session of the UN General Assembly is defined as: “Building resilience through hope – to recover from kovida-19, rebuild sustainability, respond to the needs of the planet, respect human rights and revive the UN.”

Unlike last year, when the leaders of the member states addressed the gathering via recorded video messages due to the coronary virus pandemic, this year the physical presence of representatives of each country is allowed.

US President Joe Biden will speak at the general debate tomorrow as the president of the host country. He will be followed by a slightly smaller number of White House representatives than usual.
During the weekend, the administration of the American president expressed concern that the UN General Assembly could become a dangerous hotbed of kovid if the world leaders who come to New York do not follow the rules on vaccination.

Earlier, the New York authorities requested in a letter to the President of the General Assembly, Abdullah Shahid, that everyone who comes to the UN headquarters must show proof of vaccination against the crown.

The debate will be held as part of the regular annual session of the UN General Assembly, at which world leaders will have the opportunity to gather, talk and address from the rostrum.

This year, the debate will be dedicated to ending the pandemic and redefining the global economy so that it would be as healthy as possible on the planet after the end of the pandemic.

The UN has introduced a so-called “system of parts”, which means that everyone who enters the assembly hall must declare whether he has been vaccinated, but he does not have to show proof of vaccination.
As the situation with kovid-19 improved in New York, the number of delegates in the General Assembly hall was allowed to increase from one to two, and the presence of speakers and three more delegates is planned for the general debate.