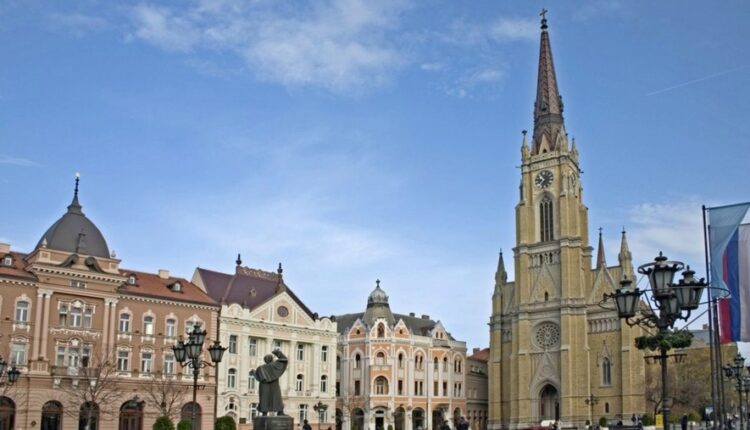 A HISTORICAL monument that has been specially protected by the government of his country for nature conservation purposes does not seem an ideal location for one of the largest annual music festivals in Europe.

But every year in Novi Sad, Serbia’s second largest city, the famous Petrovaradin fortress on the banks of the Danube is transformed into a mecca for music lovers.

Since 2001 it has been the unique setting for the Exit Festival. Exit was born out of a student protest movement and has grown into a four-day musical extravaganza that draws hundreds of thousands of night owls annually.

The festival is hailed as one of the best in the world, having won the title of best major European festival twice in the past five years.

This year’s line-up includes the likes of The Cure, Skepta and Tom Walker. After attending the spectacle in 2018, the appeal is easy to see.

The festival takes place from 7 p.m. to 7 a.m. – if you can hold out that long. While the main stage offers an eclectic array of headlines, exploring the fortress grounds reveals more than 40 zones and smaller stages that provide welcome distractions for different tastes.

There are several stages devoted to different types of dance music, but most ravers descend on the main dance pit, with its huge wall of LED screens and a pulsing light display that accompanies the throbbing beats.

There is reggae, latino, and indie music on offer, which is great for a few tracks before exploring the fortress further.

The silent disco turned out to be extremely popular. The queues of people waited eagerly to wrap their ears in the glowing headphones and offered a choice of two live DJ sets. A special highlight was coming to Mariah Carey’s All I Want for Christmas in July.

Drink queues can be a nasty problem for many music festivals, but Exit doesn’t seem to be suffering from it. The festival has many stalls selling drinks so the lines never seem to be longer than a person or two.

It also operates a card system where you pre-load money on an exit card. So when you buy drinks, simply tap your card against the cash register to complete the transaction. It’s a nifty system that helps speed things up.

When you are finished with your party, return the card to one of the kiosks and you will be refunded any remaining unused balance.

The drinks are cheap in Serbia too. Last year it was around 250 Serbian dinars for a pint of Heineken, which is roughly £ 1.90. There is also a dedicated eating zone that offers a variety of goodies to satisfy hunger pangs.

Although the exit is inside the fortress, it is clear that Novi Sad as a city fully embraces the annual celebrations.

Headline banners are displayed in the streets and the entertainment spreads downtown. Acts perform at a free open-air concert in the town square.

In the evenings, restaurants and bars flock to the pedestrian streets, and guests fill rows of outdoor tables covered with umbrellas.

If you haven’t slept the night before, the city’s location offers plenty to do during the day when the festival is closed – from visiting wineries in the scenic hills around Mount Fruska Gora to canoeing on the Danube.

Belgrade, Serbia’s capital, is also only about an hour’s drive away for those looking to explore the Balkan nation further.

While hardcore festival-goers can camp at the locations near the fortress, many opt for the convenience of Novi Sad’s numerous hotel accommodations.

As dusk fell and the festival rose each night, we joined the crowd pouring across the Varadin Bridge, illuminated in rainbow colors, for the lively festival.

The fortress grounds themselves are decorated with quirky visual displays illuminated against the evening sky, while fireworks are also shown on the opening night.

For experienced festival visitors, Exit is definitely worth a visit. And for globetrotters who need an excuse to add Serbia to the list of countries they have visited, Exit is the best time to do it.

:: The Exit Festival 2019 with acts like The Cure, Skepta and Tom Walker will take place from July 4th to 7th. Visit exitfest.org for details and a full list of performers. For a vacation in Serbia visit serbia.travel, regentholidays.co.uk and traveltheunknown.com for more information. Air Serbia flies from Heathrow and all major European airlines connect Belgrade. 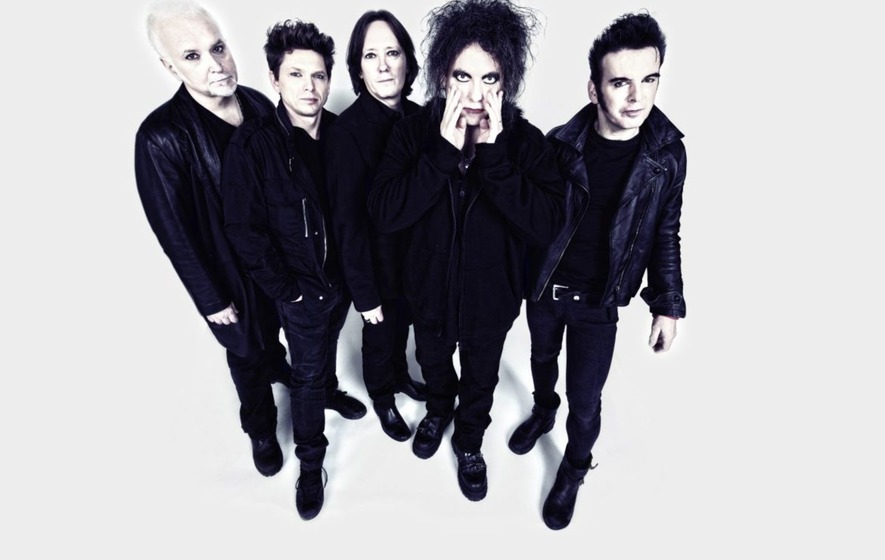 :: THE CURE: The year the band was inducted into the Rock and Roll Hall of Fame, The Cure will direct the main stage of the Exit Festival. With 13 studio albums, hit tracks like Boys Don’t Cry and four decades of appearances, the English alternative rock band will offer an unforgettable live show. 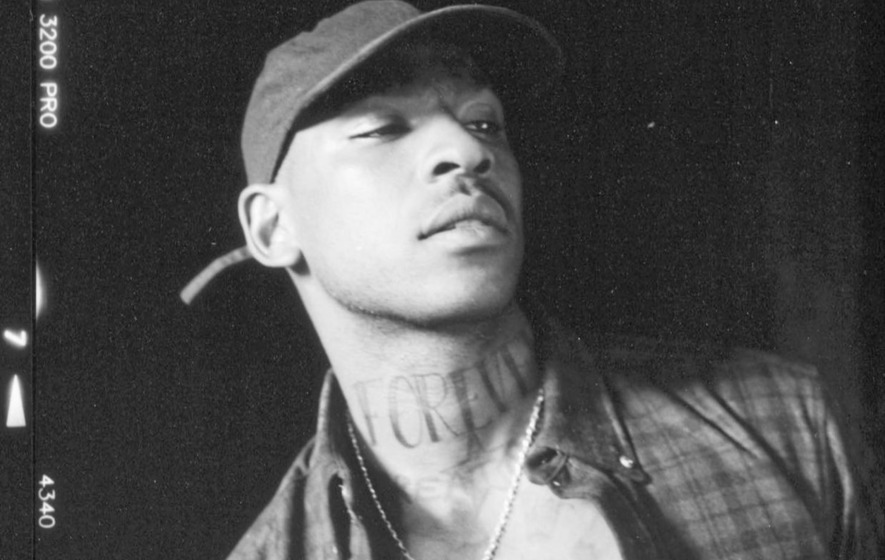 :: SKEPTA: As a rapper, songwriter and record producer, Skepta has developed into a key contemporary figure in the grime music scene. His fourth studio album, the self-released Konnichiwa, won the Mercury Music Prize in 2016 and was placed on Debrett’s list of most influential people in Britain the following year.

:: CHARLOTTE DE WITTE: The Belgian DJ and producer is known for her own style of uncompromising and idiosyncratic techno music. She has appeared on BBC Radio One’s weekly Essential Mix program and on the cover of DJ Mag, a UK monthly electronic dance music and DJing magazine.

:: DJ SNAKE: A French producer announced on the electronic scene who has worked with some of the biggest names in music. His successes include 2013 hit Turn Down for What, a Grammy nod for his production work on Lady Gaga’s 2011 album Born This Way, and working with MØ and Major Lazer on the global smash single Lean On 2015. 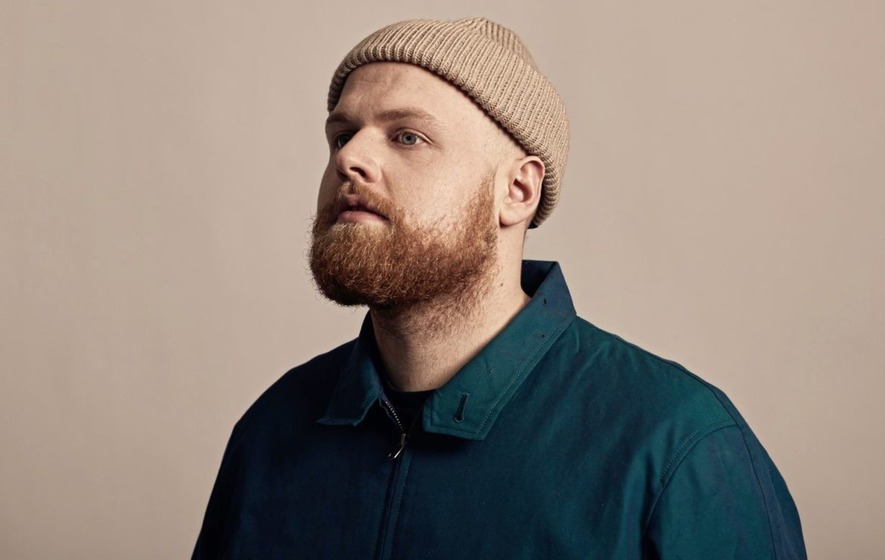 :: TOM WALKER: The Scottish singer-songwriter rose to fame after his single Leave a Light On became a worldwide hit last year. At that year’s Brit Awards he won the Best Breakthrough Act and Leave the Light On was nominated for Best British Single. His first album What a Time to Be Alive, released in March, topped the UK charts.

:: TARJA: A Finnish heavy metal singer-songwriter and ex-front woman for the symphonic metal band Nightwish. Known for combining her impressive opera singing with a metal sound, she has helped shape the genre through her work with Nightwish and four rock albums as a soloist.

Dentist Revealed: I Can Know If You Have Had Oral Intercourse Just lately! (VIDEO)