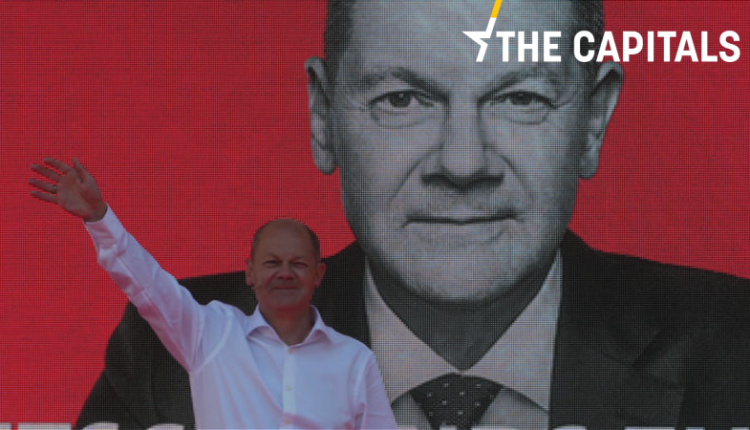 The Capitals brings you the latest news from across Europe through on-site coverage from EURACTIV’s media network. You can subscribe to the newsletter here.

Before you start reading today’s issue of Capitals, you can take a look at EURACTIV’s German election poll in cooperation with Europe Elects. You will find the English and German Versions here.

The European news you should read. Welcome to The Capitals by EURACTIV.

In today’s news from the capitals:

The German conservatives have put the SPD candidate for Chancellor hope Olaf Scholz under pressure to clarify before the election this month whether he will cooperate with the left party Die Linke in a coalition government.

The top candidate of the German conservatives, Armin Laschet, said he expected Scholz to make a clear statement as to whether he would form a government coalition with the left. Continue reading.

EU is considering aid to Afghanistan’s neighbors, “determined” to prevent a new migration crisis. The EU is determined to prevent uncontrolled, large-scale illegal migration from Afghanistan by stepping up aid to its neighbors in the region, according to a more than five-hour emergency meeting of EU interior ministers on Tuesday (August 31). However, they did not discuss sums or resettlement numbers. Read the full story.

Belgium eases further COVID-19 measures. From September 1st, Belgium eases a number of COVID-19 measures. However, most of these will apply to Flanders and Wallonia, but not to the Brussels-Capital Region, as the local government has decided to maintain the previous measures for at least another month due to high infection rates and a comparatively lower vaccination rate. Continue reading.

Merkel briefly waves goodbye during the state visit. The Austrian Chancellor Sebastian Kurz met with the German counterpart Angela Merkel for the last time on Tuesday before she resigned from office. On the agenda were bilateral relations, the Afghanistan crisis and the green transition. Continue reading.

Störs Green “leap of faith”. Scottish First Minister Nicola Sturgeon described the coalition between her Scottish National Party and the Scottish Greens on Tuesday as a “leap of faith” for both parties as lawmakers supported the appointment of two Green Ministers to her government. Continue reading.

French infrastructure company acquires a strong foothold in the northern market. The French company Colas has acquired Destia, Finland’s largest infrastructure company fRome Family owned investment company Ahlström Capital Group for an undisclosed amount. The transaction was hailed as a win-win agreement by both parties as it has yet to be approved by the relevant competition authorities. Continue reading.

The pressure from the Greek Prime Minister to start over ends in a fiasco. A reshuffle by the Greek government, intended to mark a fresh start after public anger over the forest fires in August, ended in what most of the media described as a fiasco. Continue reading.

525 migrants died on the Atlantic route to the Canary Islands this year. At least 525 people died this year while crossing the Atlantic between the African continent and the Spanish Canary Islands, one of the deadliest migrant routes in the world, said the International Organization for Migration, reports EURACTIV partner EFE.

Portugal can afford to take in hundreds of Afghans – ministers. Portugal has the financial capacity to take in “hundreds” of Afghan refugees, with women, children, activists and journalists having priority when there are already 84 people in the country, said Portugal’s Interior Minister Eduardo Cabrita on Tuesday. Continue reading.

New information submitted to the police in the case of EU Babis subsidies. The Czech public prosecutor Jaroslav Saroch on Tuesday returned the Capi hnizdo (stork’s nest) case of a suspected EU subsidy fraud amounting to 2 million euros – in which Prime Minister Andrej Babis is one of two people – to the police for further investigation, even though he was The proposal should be decided by the end of summer. Continue reading.

Poland imposed a state of emergency on the Belarusian border. The Polish Prime Minister Mateusz Morawiecki has announced a Emergency in 183 cities and villages within 3 kilometers of the border with Belarus due to security concerns. Continue reading.

In other news, The Polish Constitutional Court has its hearing and decision on the application of Prime Minister Mateusz Morawiecki. postponed to September 22nd on the primacy of the Polish constitution over the EU treaties. (Piotr Maciej Kaczyński | EURACTIV.pl)

Attorney General rejects high-level corruption allegations. Slovakia’s progress in the fight against corruption is being called into question as the newly appointed Prosecutor General Maroš Žilinka took an extraordinary measure to stop carefully monitored cases of corruption on the day of the resignation of the police chief accused of judicial obstruction. Continue reading.

NEWS FROM THE BALKANS

The destroyed Bulgarian flag creates new tensions between Sofia and Skopje. The interim head of the Embassy of North Macedonia in Bulgaria, Vladimir Krastevski, was summoned to the Bulgarian Foreign Ministry, where he was handed a letter of protest after an incident with a Bulgarian flag in Bitola. Continue reading.

Slovenian economy almost back to pre-crisis level. Slovenia’s gross domestic product (GDP) rose 16.3% year-on-year in the second quarter thanks to robust government and consumer spending, with annualized production just below its pre-crisis peak in 2019. Read more.

How Rape Impacts Reminiscence, and Why Police Have to Know About That Mind Science

To Quarantine or Not: The Exhausting Decisions Faculties Are Leaving to Mother and father and Employees