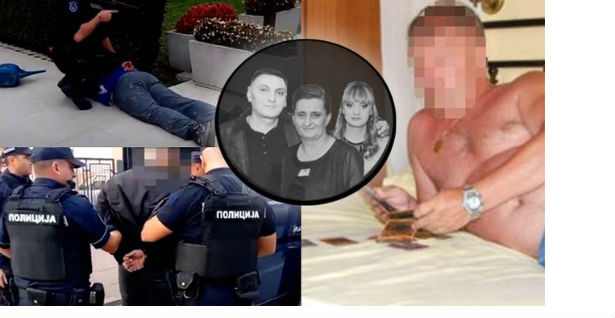 JOJKA BROTHERS EXTENDED CUSTODY: New details of the investigation into the murder of the Đokić family

The first suspect, Goran Džonić, marked them as the direct perpetrators of the murder.

The AM and KM brothers from Moravac, who were arrested on suspicion of killing the three-member Đokić family with Goran Džonić and his sons Stefan and Milan, have been remanded in custody today.

The brothers were deprived of their liberty after Goran Džonić, the first suspect in the murder of his brother by his aunt Goran Đokić, his wife Gordana and twenty-five-year-old daughter Lidija, marked them as the inspirers and direct perpetrators of the crime.

He said in front of the prosecuting authorities that Jojke forced him to inform them about the movements of Đokić, and that he was present when one of them killed them.

Photo: Printscreen YouTube / Ministry of the Interior of the Republic of Serbia

He remained with that statement even after only his biological traces were found on the evidence from the criminal act. He pointed out that the brothers forced him to touch the stolen money and other things, in order to leave his DNA so that they would not be connected to the crime. However, upon identification with the police, he identified only one of the two, although the other was also present.