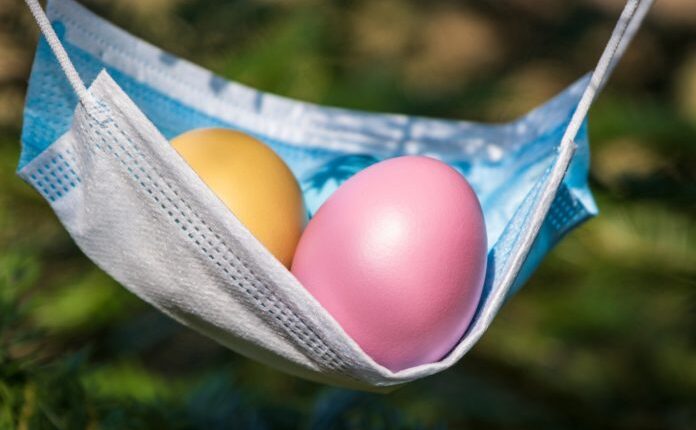 In direction of the best Christian vacation (5): Egg on an anthill

There are not many customs related to the celebration of Easter, except for one that is the same for all those who celebrate – painting Easter eggs. Archimandrite Methodius states that the egg is a symbol of the renewal of nature and life.

– And just as the Christmas tree burning on the hearth gives a special charm to Christmas night, so also the Easter red egg means joy for those who give it and receive it. According to tradition, Mary Magdalene brought a basket of reddened eggs to the Roman emperor Tiberius, who did not believe in the resurrection. The tradition of painting eggs in our country dates back to the 16th century – says Archimandrite Methodius.

Radmila Mišev points out that cooking and painting eggs is the job of a housewife, but also an opportunity for the youngest to get involved.

– Eggs are usually painted on Good Friday, and those who paint eggs on Good Thursday or Good Saturday will not make a mistake either. The housewife first crosses herself and prays to God, then adds a little consecrated water to a bowl of water (in which she will cook and paint eggs). Red eggs are painted first. The first egg, which is lowered into the water and painted, is kept until the next Easter and is called “guard house” – says Mišev.

Archpriest-staurophore Stevo Jović states that in this part of BiH, on Majevica and its surroundings – eggs are painted with a special device – a sharalka.

– The sharalica is heated over a lighted candle and so heated it drowns in wax and pattern on the egg. The wax sticks and when it is painted, it melts, where it was glued, no paint remains. This is how various motives are painted. In recent times, grasses and leaves have been added, so beautiful details can be obtained with them as well. The first egg is called the “passionate egg” and in case of bad weather – the city, the passionate egg is brought to the table (blue), the rest of the baptismal candle is lit and the family prays to God that God will preserve the harvest.

Prota Stevo also points out that children dress up in a new wardrobe for Easter, and during the Easter lunch a candle is lit, the table is lit, the troparion of Easter is sung and after congratulating “Christ is Risen” and “Truly Easter”, Easter eggs are beaten.

– After the Easter table, as usual, one broken egg is carried to the anthill and the ants feed – states the archpriest-staurophore Stevo Jović.

Archpriest-staurophore Simon Turkić points out that the same customs are practiced among the Serbian diaspora.

– Our believers did not interrupt those customs, regardless of the fact that they are thousands of kilometers away from their homeland. Teachers of the Serbian language are very active in the area of ​​the Church Municipality of Frankfurt, and in addition to preparing children for the celebration of Saint Sava, they participated in special programs for Easter. The children cooked and prepared eggs and cakes and participated in the program of celebrating the temple’s glory, our increasingly beautiful church of the Resurrection of the Lord – says Turkić.

The abbot of the monastery, Prohor Pcinjski, Archimandrite Methodius, states that as soon as it dawns, the host and his family go to church for Easter, after which everyone greets Christ on Easter – and the greeting is spoken until the Day of Atonement.

– When they return home, everyone prays and sits down at a festive table with a basket of painted eggs in the middle. Before anything, you should first eat a boiled egg on Easter. Everyone clicks eggs with each other with Easter greetings. Egg clicking is a great joy for children who compete whose egg is the hardest. Also, every guest who comes to the house for Easter should be given an egg – Archimandrite Methodius points out.

Holiday “under the scaffolding”

The Deputy Archbishop of Zagreb, Archpriest-Staurophore Duško Spasojević, states that Orthodox believers in Zagreb, as well as in other areas in Croatia, celebrate Easter in the same way as in most areas where Orthodox Serbs live.

– Eggs are painted on Good Friday, and for Easter the house is decorated and the table is richer and solemnly set. There have always been many different customs in urban areas, since there is a large circulation of people in them, and many who come from other parts bring and keep local customs with them. Certainly, the most important thing for the Orthodox citizens of Zagreb is the gathering on Easter night in the temple of the Transfiguration of the Lord. Unfortunately, this year, as well as last year, we will celebrate Easter “under the scaffolding”, since the renovation of the temple, which was severely damaged in the earthquake in March last year, is in progress – states the Deputy Archbishop of Zagreb, Dusko Spasojevic.

Radmila Mišev also reveals to the readers of “Vesti” how to prepare homemade fasting biscuits for children, for the preparation of which you need: 500 g of soft flour, 150 g of margarine, 150 g of powdered sugar and on top of a knife baking soda and a little grated lemon and lemon peel. juice:

– Models are made into different shapes, arranged in a tray lined with baking paper, and each biscuit is pierced with a fork. Bake at 180 degrees for about 15 minutes. Sprinkle hot biscuits with powdered sugar.