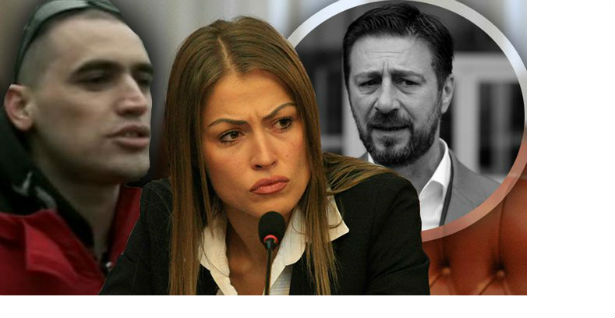 Darko Elez (40), one of the main liquidators of the “Kavač clan”, is becoming an increasingly valuable witness-collaborator in the investigation against Dijana Hrkalović, a former state secretary, whom he could send to life imprisonment.

Namely, as the sources of the Serbian Telegraph from the police reveal, he should directly connect Hrkalović with the liquidation of the famous lawyer Dragoslav Mišo Ognjanović, who was killed in front of his building in front of his son, when Elez spared him for unknown reasons, although the young man saw his face under his cap. .

– The operatives have long suspected that Dijana was the person who ordered this crime, and she had several motives (Ognjanović was the lawyer of Luka Bojović, the leader of the scammers; he spoke the worst about Diana in wiretapped communication; photographs taken in the premises of the Ministry of the Interior while she was an official). However, after the settlement with our prosecutor’s office for organized crime, Elez is ready to deal the heaviest blow so far to the defense of the former boss and close associate of the “Kavac clan” – the interlocutor of the list is convinced.

According to him, the cold-blooded “coffee” shooter did not receive money for Misha’s murder, but in return he was allegedly allowed to do big jobs and unhindered racketeering in the area of ​​Novi Sad, where he built a base in November 2017, when he was released from prison in Sremska Mitrovica.

– Diana’s main man was Milorad Šušnjić, the then chief of the Novi Sad Police Department. He worked on her direct order, and his task was to enable Elez to raid without any fear of consequences, so he covered up the two murders in this city, which Elez also now wants to talk about. Apart from Šušnjić, several chiefs of the Ministry of the Interior and heads of certain departments were also, indirectly or directly, involved in those crimes or concealed evidence – a source from the police reveals for the Serbian Telegraph.

It turned out that Elez profited much more than he took the money in his hands for the liquidation of Luka Bojović’s lawyer. He was untouchable, he did what he wanted, and the charges against him disappeared in the drawer of the then chief, who felt so powerful because of his connections with Hrkalovic that he ignored even the Internal Control Service, which searched in vain for an answer about the brutal racketeering of a businessman. – Elez laundered huge amounts of money gained through crime through his companies, primarily from drugs, which the “Kavcans” tried to put into regular flows. The sparrows on the branch in Novi Sad also knew what he was doing, but everyone was silent because his head could easily fly away – explains the source of the paper.

It happened that people gave up business because he threatened them with death if he did not pay the tax, which was constantly increasing.

– He also demonstrated his power and connections in the police building, where employees calmly referred to him as “Mr. Elez”, as if he were their superior. These findings about the murder of Mišo Ognjanović could drive the last nail in her defense – well-informed operatives conclude.