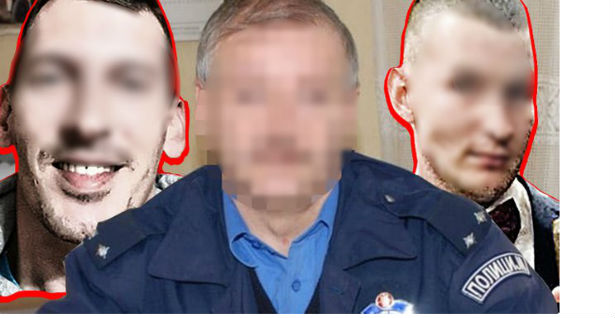 DZONIC’S LOVER IS AN APPRECIATOR OF THE CRIMINALS ?! He lied that his sons and brothers Milosevic have been accomplices in an effort to shield somebody WHO CARED ABOUT HIM?

DZONIC’S LOVER IS AN APPRECIATOR OF THE CRIMINALS ?! He lied that his sons and brothers Milosevic were accomplices in order to protect someone WHO CARED ABOUT HIM?

A new interrogation of Goran Džonić (54), a retired firefighter, suspected of killing his relatives on the night between September 26 and 27 in the area of ​​the village of Moravac, is scheduled for tomorrow at the Higher Public Prosecutor’s Office in Niš. which is why he marked his own sons, but also two neighbors, as his accomplices, and he knew that they had nothing to do with the crime.

It is suspected that Džonić deliberately lied that his sons Stefan and Milan and the Milošević brothers from Moravac, Kostadin and Konstantin, better known as the Jojka brothers, helped him in the crime in order to protect his real helper in the murder of Goran (57), Gordana (56) and Lidije Đokić (25).

– He must first find out why he is involved, that is. why he committed such a monstrous crime. He must then explain why he named his sons as accomplices when he knew that they were each at work at the time of the murder. Also, Dzonic should answer the question whether he involved the Milosevic brothers in the massacre because he knew that they had a criminal past and that as such they were suitable to point the finger at them – says the source of Kurir and adds that all these illogicalities the prosecutor must to clarify.

It is said that there is no other evidence against the Dzonić brothers and the Milošević brothers so far, except for Goran Džonić’s statement, and Stefan Džonić’s colleagues confirmed his alibi in the prosecution on Monday, that is. they said that he was at work in the Serbian Army on the night between September 26 and 27. The source also says that it is expected that Milan Džonić’s colleagues, as well as witnesses of the Milošević brothers, will confirm their alibis.

– However, the question is whether the retired firefighter committed the triple murder all by himself or he had to have at least one accomplice – says the source and continues:

He cares about someone

– There are more and more people who believe that Džonić knowingly sabotages the investigation in order to protect someone he cares about, and who may have committed this crime with him. He deliberately pointed out to the investigators the wrong people as his accomplices so that maybe the real accomplice or even the executor would have time to get away. What is still interesting to the investigators is an earring found at the place where Djokic’s bodies were burned and buried.

Name for tenders: provision of consultancy providers, technical help and backstopping in making ready the Commentaries to the Legislation on Nationwide Councils of Nationwide Minorities throughout the motion ‘’Promotion of range and equality in Serbia’’

Danube river cruise holidays: What to see & do on…