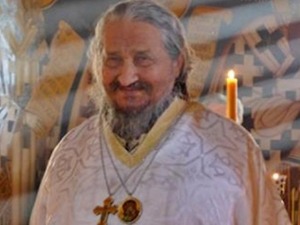 Bishop Atanasija – at all times with the folks throughout the struggling

Bishop Atanasije Jevtić lost the battle with Kovid in the Trebinje hospital. He was born in the village of Brdarica, in the Sabac-Valjevo region, on January 8, 1938.

He graduated from the seminary in Belgrade in 1958, in the generation with Metropolitan Amfilohije and Bishop Lavrentije.

After graduating from the seminary, he enrolled at the Faculty of Theology in Belgrade, but was called up to serve a two-year military service in Podgorica and Kosmet.

After returning from the army, he became a monk in the Pustinja monastery near Valjevo on December 3, 1960.

Then, as a brother of the Tronoša monastery near Loznica, he continued and finished his studies at the Faculty of Theology in Belgrade in June 1963, it is stated on the website of the Diocese of Zahumlje-Herzegovina and Primorska.

From Turkey, via Athens, to Paris

During his studies, he was ordained a hierodeacon at the Epiphany in 1961, and a priest at the Assumption of the Blessed Virgin.

In February 1964, he went to the Theological Academy in Hulk (Turkey), where he remained until June of the same year. Due to the difficult political situation there, he transferred to the Faculty of Theology in Athens in the summer of the same year. There he defended his doctoral thesis in dogmatics on the topic “Ecclesiology of the Apostle Paul according to St. John Chrysostom”.

After that, he remained in Athens for another year, continuing his theological work mainly on the study of the Holy Fathers of the Church.

During his four-year stay in Athens, he served as a parish priest in the Russian Church in Athens.

In the fall of 1968, he moved to Paris to the Theological Institute of St. Sergius, in order to continue further theological studies and study the French language. After spending one year, he was elected a professor at the Institute.

During his four-year stay in France, he served, as needed, the Orthodox parishes of Russia, Serbia, Greece and France, and lived in the dormitory of the Institute of St. Sergius. During the summer, he visited the Holy Land, Serbia and Greece.

He was the dean of Yugoslavia, published hundreds of papers

During that period of work at the Faculty, he published about two hundred scientific papers. Then his work “Patrology” began to appear.

Arriving in Belgrade, he quickly became involved in the cultural movements of the capital, actively participating in numerous forums, where his open speeches, excellent knowledge of theological and philosophical thought, and his inherent erudition and versatility, gained great sympathy and support, especially youth, in numerous dialogues. with the apologists of Marxism and materialism.

His reactions in the press are also known (especially in the newspaper Pravoslavlje, where he was considered one of the first pens), it is stated on the website of the Diocese.

At the same time, with his professorial duties, he participated in the awakening of the dormant Saint Sava and Kosovo consciousness, reminding of the seriousness of the situation in Kosovo and Metohija, but also in other Serbian countries.

With his pastoral-ecclesial activity, he contributed to the reconciliation and overcoming of schisms, and especially the so-called The American schism, it is stated on the website of the Diocese.

Support the people during the war

From 1991, he was the bishop of Banat, and the following year he was elected bishop of Zahumlje-Herzegovina.

During the war, he helped the people, the army, orphans, refugees, the wounded … by restoring the Orthodox faith in Herzegovina by baptizing, receiving communion and enlightening the people. He also started the diocesan magazine “Vidoslov”.

He was elected the first rector of the newly opened Theological Academy of St. Vasilije Ostroški in Foča in 1994.

Due to a severe injury to the cervical vertebrae in 1998, he asked the Council of Bishops for dismissal from archpastoral duties. At the September session in 1999, the resignation was adopted and Bishop Grigorije was elected in his place.

Bishop Atanasija remained in the Tvrdoš monastery near Trebinje. After that, he spent a lot of time in Kosovo and Metohija, especially since the arrival of NATO troops in 1999, helping the bishop there and the suffering people.

During 2001-2002. He spent eight months in Jerusalem studying the Hebrew language for the translation of the Holy Scriptures of the Old Testament into Serbian and getting to know the Holy Land better, as well as serving in the Jerusalem Patriarchate.

Upon his return from Jerusalem, the Council sent him to help the ailing Bishop Zicko Stefan from June 2002 to May 2003.

Upon his return from Zice, he worked on the translation of the Holy Scriptures from Hebrew and Greek at the Tvrdoš Monastery, occasionally writing texts or giving lectures. During the pogrom of Serbs in Kosmet in 2004, he was present all those days with the suffering people, clergy and monks …

Bishop Atanasija, especially as a hieromonk, was a participant in many domestic and international scientific gatherings in the field of church history, theology, philosophy and Christian culture.

At the same time, he collaborated in many church and secular publications at home and abroad.

He is the author of numerous books, studies, articles, essays and sermons in several world languages. He translated from ancient Greek, ancient Slavic and other languages.

His theological, anthropological, patrological, church-historical works go into all periods of the Church’s history and cover almost all important issues of Orthodox biblical-papal theology.

Literary theological-philosophical works and speeches of Bishop Atanasij received official confirmation by being elected to the Association of Writers of Serbia. He has published dozens of books.