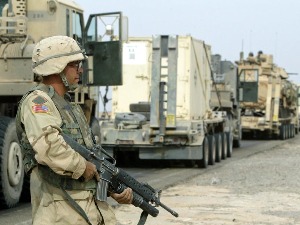 Biden introduced the withdrawal of US forces from Iraq

The American president did not specify whether he plans to reduce the American contingent in Iraq, which now numbers about 2,500 soldiers, reports AP.

This announcement by the President of the USA followed the decision to withdraw American forces from that country after 20 years of military engagement in Afghanistan, by September 11 this year.

The US military intervention in Iraq and Afghanistan cost a lot of money and prevented America from paying more attention to the growing China, which the Biden administration considers to be the biggest long-term security challenge, according to the AP.

Speaking to reporters during a meeting in the Oval Office with Iraqi Prime Minister Mustafa al-Qadimi, Biden said his administration remains committed to partnership with Iraq.

Iran-backed paramilitary forces are increasingly active in the country, periodically attacking bases where US troops are stationed and demanding that all US troops leave Iraq immediately.