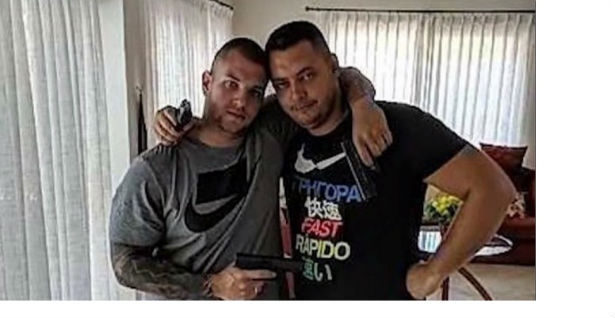 The Prosecutor’s Office for Organized Crime has scheduled the interrogation of four members of the clan, Veljko Belivuk and Marko Miljković, suspected of the brutal murder of Nikola Mitić in October last year, Kurir has learned.

Members of the clan of Veljko Belivuk and Marko Miljković will leave the detention cells again for a short time tomorrow, since the Prosecutor’s Office for Organized Crime has scheduled their interrogation due to the murder of Nikola Mitic from Belgrade, which they have been charged with in the meantime, Kurir has learned.

Expansion of the investigation

– The criminal report also covers Senad Resovic, who was arrested about a month ago, and he has already been questioned regarding Mitic’s murder. Four suspects, including Srdjan Lalic, should be questioned tomorrow, while the others will be brought out later to state their opinion on this expansion of the investigation – the interlocutor of Kurir reveals.

According to him, considering that this is an investigation, they will be brought from detention accompanied by the prison guard, one by one.

– The abduction and murder of Nikola Mitic are not included in the indictment that has already been filed against this clan. Mitic’s murder is still under investigation, while the trial for the liquidations of Aleksandar Gligorijevic, Lazar Vukicevic, Milan Ljepoja, Goran Velickovic and Zdravko Radojevic is expected to begin soon – he explains.

Ordered Trouble to kill the Captain?

Just days before Belivuk’s hearing over Mitic’s murder is scheduled, one of the alleged leaders of the Kavac clan, Slobodan Kascelan, was questioned before the Montenegrin special state prosecutor’s office on suspicion of ordering the murder of a high-ranking member of the Skaljar clan, Milo Radulovic, aka Kapetan, on October 14 last year. . According to Vijesti, it is suspected that Radulović was abducted, and then killed near Kotor on the same day when, as it is suspected, Belivuk, Miljković, Nebojša Janković and Ratko Živković killed Damir Hodžić and Adis Spahić in Spuž. – It is suspected that Belivuk and Miljković kidnapped the Captain, lured Lazar Vukićević into the castle via his Sky phone, and then killed him as well – Montenegrin media reported earlier. The key evidence against them is the communication via Sky, through which Miljković allegedly told his associates in Belgrade: “We will skin the Captain as well.”

It should be reminded that Mitic was abducted on August 10, 2020 in Dedinje, near the US Embassy. It is suspected that they blocked his way, dragged him into a car and beat him all the way to the Partizan stadium in Humska Street, and then took him to a weekend house in Ritopek, where he, like other victims, brutally tortured, killed and then crushed him. the remains were thrown into the Danube.

– Mitic, like the members of Belivuk’s group, used the Sky application. When they kidnapped him, as it is suspected, they asked for his code and found correspondence with Lazar Vukićević. Belivuk and Miljković, as stated in the order for conducting the investigation, gave orders and tasks to other members of the group via Sky on how to torture Mitic. Allegedly, they first cut off his toe, then strangled him, and then slaughtered and ground him – explains the source from the investigation.

They cut off his finger

According to him, the secret bunker in Ritopek was previously covered with nylon, then the murdered Mitic was ground in a machine for industrial meat grinding, packed in bags and thrown into the river. Mitic’s “Honda”, in which he was when they intercepted him, was taken to Kosutnjak.

– The report also includes Bojan Hrvatin, who made a settlement on testifying with the prosecution and decided to talk about all the crimes of the clan. He has already spoken about Mitic’s murder and will most likely not be brought in for questioning on Thursday – he added.