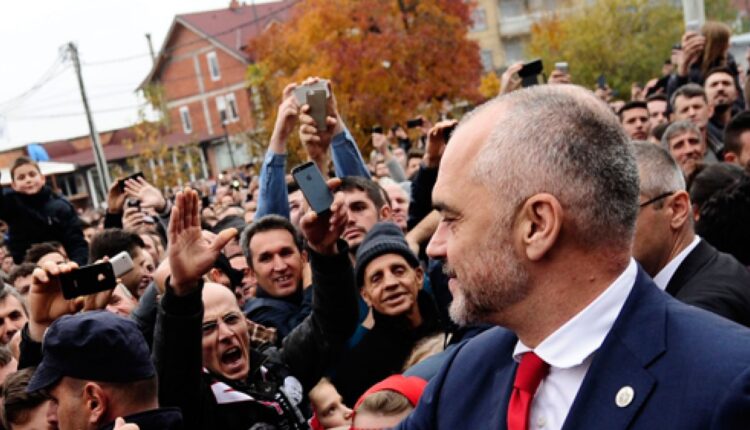 The Albanian Prime Minister on Tuesday paid an unprecedented visit to ethnic groups in a part of Serbia that saw an uprising in 2001, a symbol of how far the region has come since the wars of the 1990s.

A heavy police presence showed how sensitive the visit was to Serbia, which is trying to join the European Union but continues to struggle with the integration of ethnic minorities who complain about discrimination.

Tirana’s Prime Minister Edi Rama came to Serbia on Monday and was the first Albanian leader to visit the former Yugoslav Republic since Communist dictator Enver Hoxha in 1946.

However, what has been described as a new chapter in the history of the Balkans got caught up in a public dispute between Rama and his Serbian counterpart Aleksandar Vucic over the independence of Kosovo, a former Serbian province populated mainly by ethnic Albanians.

While Rama’s visit reflected the progress made over the past 15 years, the series showed the depth of differences that exist between the two nations as they each seek to join the EU.

“All Serbs should know that my Prime Minister is Edi Rama, not Vucic,” said Zija Saqipi, a 51-year-old ethnic Albanian who works as a driver in Switzerland but said he only returned to Serbia for Rama’s visit to the south City of Presevo.

He and Presevo Mayor Ragmi Mustafa both complained that the police removed Albanian flags to welcome Rama. Police also closed off a nearby highway, but it was still found that crowds greeted Rama and sang his name.

Kosovo broke off at war in 1998-99 with the help of NATO air strikes to stop a wave of Serb ethnic cleansing. Over the next two years, ethnic Albanian uprisings broke out in neighboring Macedonia and in the Presevo Valley in southern Serbia.

Western diplomacy ended the fighting, but efforts to integrate tens of thousands of ethnic Albanians into the Presevo Valley have been slow. Many have looked for work in Western Europe.

Kosovo declared its independence in 2008 and is recognized by over 100 countries, including Albania and most of the Western powers, but not Serbia or its great power supporter Russia.

ONLY IN TODAY’S INFORMER! SERBIA, HELP DARI! We should not neglect her, we’ll do every little thing we are able to to assist SERBIAN HEROINE!

Stay up for spring with out further kilos