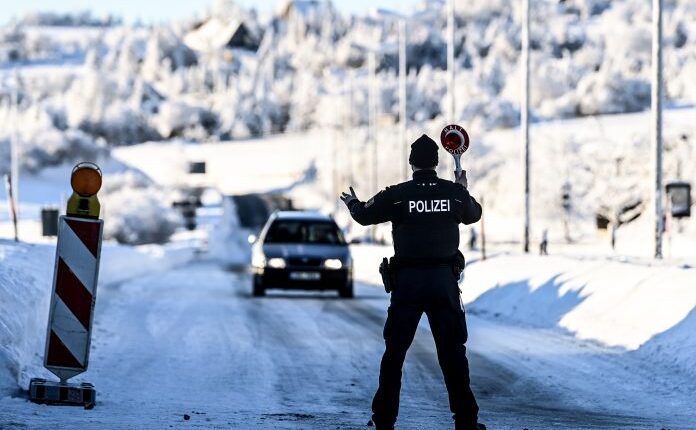 When – and the way will Germany get out of the lockdown?

Border of Germany and the Czech Republic

In the fight against the crown of the pandemic, Germany is still on a safe path, the number of infected is declining. But when and how will normal life return to the country? A gradual plan?

Since December, Germany has been in its own specific lockdown: schools and most stores have been closed, except for grocery stores, drugstores, kiosks and pharmacies. Museums, restaurants and fitness centers have been closed since early November. Lockdown gives results, which does not have to be taken for granted. For example, in France or the Czech Republic, the number of infected people is stagnant or continues to increase.

Since the beginning of the year, the number of newly infected people in Germany continues to decrease, and the second wave has subsided. The R-value – that is, how many infected people infect new people – is below 1: in other words, the pandemic is slowly coming to an end, even despite a new strain of the virus.

Politicians want to be sure: this kind of lockdown has been extended until March 7, but not only is there a lot of discussion about when the bans will be lifted, but also how to do it? Because there is obviously no consistent plan.

Hairdressers are more important than museums

The impression is that decisions are made “by feeling”: that is how the Minister of the Interior, Horst Zehofer, pledged that German hairdressers would start working again. Hair salons will be open on March 1. But the conditions are strange: they are only allowed to cut the hair of one customer, that is, they need to provide a space of twenty square meters for her. In other countries, even if they have more infected than Germany, the regulations are different – in Austria, for example, museums can work again.

The government in Berlin relentlessly repeats: one should be careful, and the bans should be lifted gradually, so that “opening would not risk the number of those infected again and then new measures may be needed,” said a spokesman for the German government. Since the beginning of the pandemic, there has been constant talk about the number of new infections in the last seven days, per 100,000 inhabitants. It has been said for a long time that there should be a maximum of 50 of them, in order to start lifting the bans, now those 50 have suddenly been turned into 35.

Even that provoked violent reactions: the president of the CDU party, Armin Lašet, stated that “new borders cannot be constantly invented”, but in the meantime, he also accepted that limit of 35 newly infected people.

Merkel promises “light at the end of the tunnel”

Although politicians say one thing and another, Chancellor Merkel promised the citizens a light at the end of the tunnel, and at a value of 35, all stores could start working. But will they really be open on the day that value is reached?

There is no answer to the question of “how” to lift the bans: the new meeting of the chancellor with the prime ministers of the provincial governments will be on March 3, but it has already been shown that many provinces have lost hope that a unified plan will be achieved. Some have already made a detailed plan when they will be allowed to start working according to the number of newly infected.

When will everything finally be “normal”? Citizens and the economy, caterers and cultural workers ask that. An additional problem is the slowness in vaccination: currently just over 4.4 million German citizens have been vaccinated – in a country with over 80 million inhabitants. But it will be difficult to hear a concrete answer from politicians.