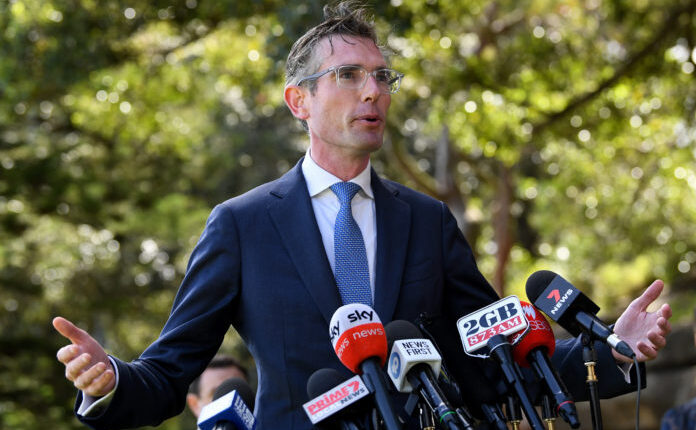 We do not desire a police state! – Information on-line

While a new law on public health is being adopted in Victoria, which will give extremely great powers to the Prime Minister and ministers during the pandemic, the extended powers in New South Wales will not be approved to the Minister of Health Brad Hazard for now.

NSW Prime Minister Dominique Perote rejected his minister’s request to grant him more powers by March 2023, saying the proposal would be “considered during the summer” and that only what is absolutely necessary would likely be adopted.

This decision by Perote followed after the meeting of the club of deputies of the Liberal-National Coalition in the Parliament of New South Wales, “raised tones” were heard regarding this request of Minister Hazard, as well as due to the fact that the cabinet accepted it in principle.

– It is obvious that the situation with the pandemic is constantly changing and developing, and that some authorizations and orders will be necessary. But also, we must make sure that we do not have a government that will be strict and strict – Perote emphasized.

He added that the confusion over the constant changes in the law during the pandemic is not only a problem of New South South Wales, but also a global problem.

The Prime Minister said that only certain, minimal changes would be made, but only after a period of detailed analysis.

– First, I am committed to the intention to expand only the health provisions that I consider absolutely necessary, and secondly, I will elaborate on each of those provisions and make a decision in consultation with the Minister of Health during the summer break – the Prime Minister added.

The current provisions can be applied until the beginning of 2022, which is why Hazard has already requested an extension of its powers, especially having in mind the fact that the NSW Assembly will not convene again until February. As it turns out, Minister Hazard requested the extension of powers during the pandemic according to the instructions and on behalf of the chief health official of New South Wales, Carrie Cent.

Under the current Public Health Act – adopted in 2010 – Minister Hazard can issue broad public health orders, such as those used to ban gatherings, curfews, restrict movement or mandatory wearing of masks or mandatory vaccinations in some industries.

Hazard’s proposal is to keep the powers until March 2023, which would make it easier for the state to impose quarantine or self-isolation for people exposed to the corona virus. Although the proposal was approved in principle by the NSW government, the minister’s request met with a sharp reaction during a meeting of the parliamentary club on Tuesday night.

New South Wales Police Minister David Eliot also said that neither he nor the police officers want the police to continue to have the power to punish people for violating covid regulations.

– The police do not like these powers, because those powers mean that we are still in a pandemic, and no one wants that – said Eliot.

The Prime Minister emphasized that certain authorizations will be needed before the beginning of winter, because the situation with the virus will inevitably worsen, as experiences from European countries show, Perote said.

Nearly 85% of those vaccinated

According to official data from the Federal Ministry of Health, Australia is getting closer to the rate of 85% of fully vaccinated residents over the age of 16.

By Wednesday afternoon, 83.5 percent of the population had received both doses of the kovid vaccine, while a total of 90.7 percent had received at least one dose. Speaking in numbers, a total of 35.9 million doses were given. Of that, 17.2 million citizens have been completely revaccinated, and another 1.5 million people are waiting for the second dose in the next few weeks.

Health Minister Brad Hazard tried to convince the public that there were no extended powers in his request.

– Far from being an additional authority. It will remain exactly the same as before, it is just a matter of simple corrections related to the time introduction of two specific provisions, among many that are in the Law on Public Health – said Hazard.

The Workplace for Kosovo and Metohija laid the muse stone for the kindergarten in Gorazdevac! /PHOTO/