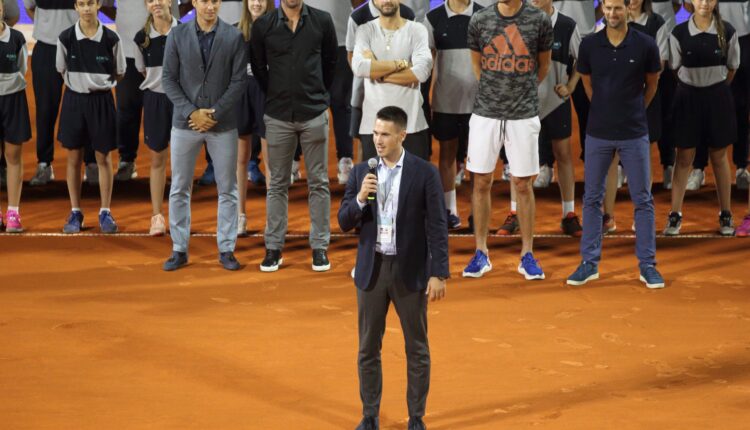 “We did not name him due to the price range, however we hope he’ll come”: Djokovic needs to host Federer in Belgrade

Belgrade will once again host a major tennis tournament in the 250 series, and in addition, the Serbia Open has attracted some of the best tennis players in the world, led by host Novak Djokovic.

There is a desire for the Swiss Roger Federer to be a participant, and the director of the tournament, Djordje Djokovic, revealed when that might happen.

– We did not call him this year, because we have to take into account our budget. We can’t spend everything on one player, but I hope we will see him at the tournament next year or next year, before he retires – said Djokovic in the tennis podcast “Wish and Go”.

Novak’s youngest brother reiterated that the goal of the Serbia Open is to become a category 500 tournament, which already includes competitions in Dubai and Barcelona.

– If we succeed, we will buy the license permanently. That’s why we carefully chose the week of the tournament, so that we would have a better chance for something like that. The fact that the tournament is held in Belgrade when the tournament in Barcelona does not change things, because it would not be the first time that two tournaments from the 500 series are played in parallel – George pointed out.

His brother and the best player in the world, Novak Djokovic, will not have a special treatment at the Serbia Open.

– I asked Novak not to participate in the organization. We want him to have the same treatment as the other players. I want him to enjoy and act like a player – Djordje Djokovic explained.