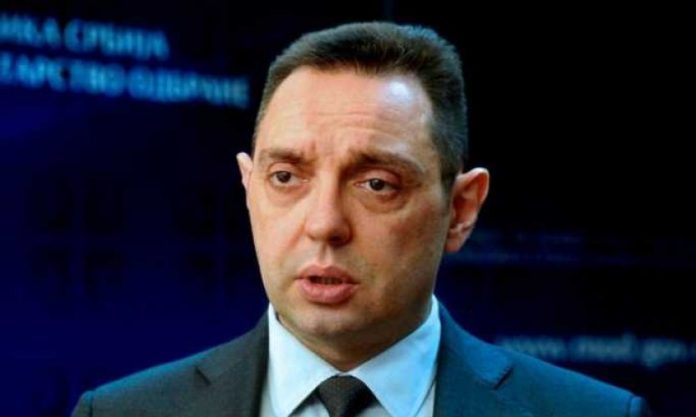 The Minister of Internal Affairs, Aleksandar Vulin, assessed that President Aleksandar Vučić gave a measured and courageous speech at the session of the UN Security Council, with which he could not argue and with which he gave a lesson on human dignity.

Vulin pointed out that Vučić spoke on behalf of all Serbs as the president of all Serbs and told the truth about the suffering of our people, but also the hypocrisy of those who judge Serbs.

– They gave speeches, our president gave them a lesson, and not only a lesson from history, but a lesson about human dignity – said Vulin.

Vulin also assessed that it was painful to listen to those who never repented for Jasenovac talk about punishing war crimes or that those who are for a civil Bosnia make Serbs a genocidal people.

– It was sad to hear how the ambassadors of the countries that destroyed Yugoslavia, bombed the Republika Srpska and Serbia and were never responsible for it, talk about peace and justice, the need to respect UN resolutions and the inviolability of borders – said Vulin, according to a statement published. on the website of the Ministry of the Interior.

President Vučić made us proud of his brave and measured speech, which could not be debated, concluded Vulin.

THE NEW MARKET WILL BE THE PRIDE OF KIKINDA! Completion of works on the finish of July, sellers are anticipated to maneuver in in September / PHOTO /