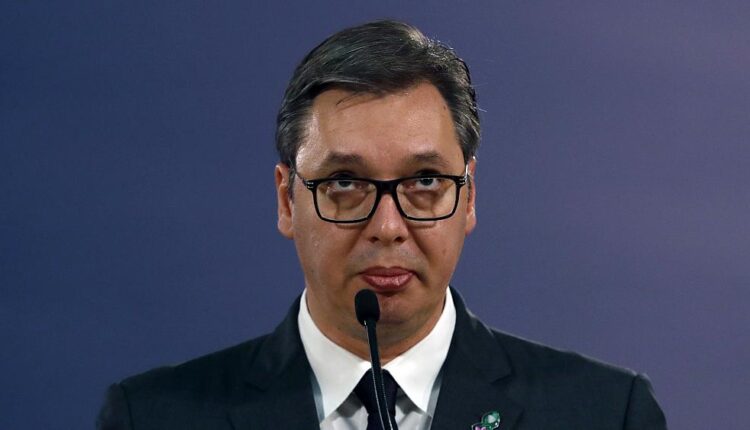 Heads of State and Government from Kosovo and Serbia will travel to Washington this week for a meeting organized by the US President’s Special Envoy for the Belgrade-Pristina Dialogue, Richard Grenell.

Talks between Kosovar Prime Minister Avdullah Hoti and Serbian President Aleksandar Vučić resumed in Brussels when they met in July for a “high-level meeting of the EU-facilitated dialogue”.

The aim is to reach an agreement between the former Yugoslav territories, which are still at odds for over 20 years after being at the center of one of Europe’s most violent conflicts that killed more than 13,000 people.

In short, Serbia regards Kosovo as part of its territory, while Kosovo regards itself as an independent state.

Read more: A History of Tensions: Relations between Serbia and Kosovo are explained

The meeting will focus on “major economic cooperation projects that will change the economic perspective of Kosovo and the region,” wrote Hoti on Facebook.

His contribution implied Grenell’s June 2020 plan to split the inter-country talks into two phases – first, a US-facilitated economic dialogue, followed by a second round of politically-focused talks made possible by the EU.

“Serbia is unable to refuse the talks. We will participate in them and in issues that focus on o”

in business. This is important to us and these are good topics, “Serbian President Aleksandar Vucic told the Serbian private television broadcaster Pink on Friday.

Hoti said that “reaching an agreement on mutual recognition without jeopardizing the territorial integrity of Kosovo” is the only issue he will discuss with Serbian officials.

But Vučić has warned that should the US demand mutual recognition, he would refuse to meet with US President Donald Trump.

The dialogue, which originally started in 2011, ended in November 2018 after Kosovo imposed a 100 percent tariff on imports from Serbia and Bosnia. These measures have now been relaxed under pressure from the US and the EU.

Kosovo cited measures by Belgrade to halt its efforts to join Interpol and encouraged countries to stop recognizing the territory as a motivation for the tariffs.

How likely is it that progress will be made in the talks?

Not very likely in the short term, said Naim Rashiti, founder and executive director of the Balkan Policy Research Group.

“Nobody expects major breakthroughs,” he told Euronews, although Envoys will be pushing for a deal over the next 12 months if certain key issues can be overcome.

What could prove to be a stumbling block?

Rashiti sees President Hashim Thaçi’s war crimes indictment as the main stumbling block in Kosovo’s talks that has hampered the country as it is politically unwilling to enter into dialogue.

The meeting in the US was originally scheduled for June 27, but was pushed back after a specialist prosecutor in The Hague announced it had filed a bill against Thaçi. The president has denied responsibility for war crimes.

It also means that Serbia, whose president Aleksandar Vučić feels “extremely powerful” after declaring a landslide victory in the June elections, is likely to expect Kosovo to be more willing to compromise, which it may not.

For Serbia, according to Rashiti, the talks will be a real acid test for Vučić’s intentions. “Will he (Vučić) reach an agreement to get quickly towards the EU, or will he use it to further consolidate power and undermine the rule of law with governance?” he said.

What role do the EU and the US play in this?

Both Serbia and Kosovo are striving for EU membership. Serbia as a candidate country and Kosovo as a potential candidate. The EU insists that Serbia must normalize its relations with Kosovo before joining.

The EU’s ability to “make a promise to both sides” could also change the balance during the discussions, Rashiti said.

He says the EU is “trying to break the blockade and resolve past conflicts” in order for countries to be ready to integrate economically into the bloc, but acknowledged that “is very challenging – the Western Balkans are.” not Sweden or Norway “. .

The Trump administration recently promoted a swift compromise between Pristina and Belgrade that conflicts with the EU’s slow burn approach.

The rift between the US and the EU in terms of their approaches has at least helped, according to Rashiti, to reconnect Germany and France in the Western Balkans.

While there have seldom been so many parties that have helped resolve the dispute between Kosovo and Serbia, there are several aspects that need to be considered in order to reach an agreement.