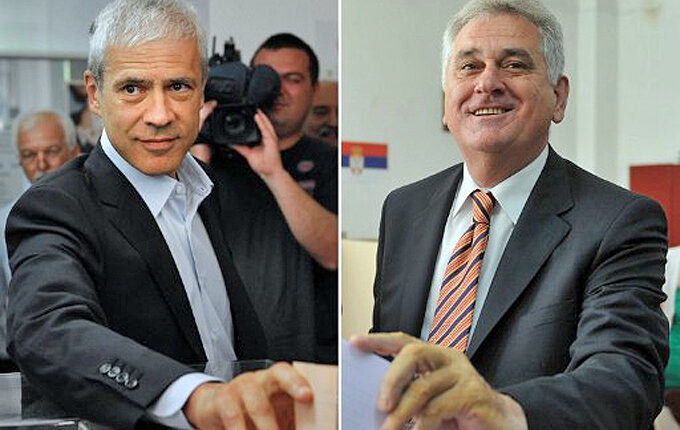 Surprising change in leadership in Belgrade when veteran of the Milosevic era Tomislav Nikolic defeats the EU-friendly incumbent Boris Tadic.

The experienced nationalist Tomislav Nikolic is well on the way to narrowly defeating incumbent Boris Tadic in the runoff election for the presidency in Serbia, which surprised many analysts in the Balkan nation.

Official results are due to be released on Monday, but Tadic admitted defeat and congratulated his opponent on Sunday night as preliminary results showed Nikolic is on his way to gaining around 50 percent of the vote.

“I congratulate him [Nikolic] This victory was a fair and well-deserved victory, and I wish him the best of luck, ”said Tadic, a pro-Western leader who has been in power since 2004, who urged supporters to end the isolation of Serbia and bring the country closer together attributed to the European Union.

The Serbian Center for Free Elections and Democracy, an independent polling group, said Nikolic received 49.7 percent of the vote, while Tadic received 47 percent. According to the officials, the turnout was 47 percent.

Speaking to supporters in Belgrade, Nikolic said: “This is the high point of my political career and the happiest day of my life.”

Nikolic, a former staunch nationalist who once served in the government of Serbian war leader Slobodan Milosevic, has in recent years tempered his opposition to European integration, saying the country will “not deviate from the European path”.

“I want to assure you that Serbia can be a modern, normal country,” he said.

But Nikolic said he would not forsake the Serbs in Kosovo, Albania’s breakaway province, which declared independence from Belgrade in 2008, considering his membership status.

In a statement, the two top officials in the European Union congratulated Nikolic, saying the election result gave him a strong mandate to drive further European integration.

“It will be crucial to continue the reform dynamic in order to confirm that Serbia sufficiently fulfills the political criteria and makes further progress in the dialogue between Belgrade and Pristina with a view to a visible and sustainable improvement in relations.”

The result took Serbian analysts by surprise, as most opinion polls suggest that Tadic, who was ahead of Nikolic in the first round and defeated him in the previous 2004 and 2008 presidential elections, would have returned a comfortable lead for a third term.

Nikolics victory marks the climax of a political renaming in which he broke away from the hardliner Radical Party in 2008 in order to found the less strongly nationalist Progressive Party.

Tadic had focused his campaign on further EU integration and economic development and promised that Belgrade would start the EU accession talks before the end of the year if the voters give him a third mandate.

However, given the financial crisis in Europe and beyond, which slowed much-needed foreign investment, Tadic’s government has seen massive job losses and declining living standards.

Nikolic was well received by voters, who valued his criticism of widespread social injustice and corruption in Serbia, as well as promises of jobs, financial security and billions in foreign investments.

The first job of the new president will be to appoint a prime minister to form a new government.

While the Progressive Party won the most seats in parliamentary elections earlier this month, Tadic’s Democratic Party and the third-placed Socialists, who ruled together in the previous parliament, agreed on a majority coalition.